WHL RIDE FOR THE KIDS  DAY ONE

Calgary, AB — The ‘WHL Ride for the Kids’, presented by Scotiabank, in support of the Children’s Hospital Foundation of Saskatchewan, concluded today as the riders treked from Moose Jaw down the Trans-Canada Highway to Regina, a 77 kilometer distance.

Over 35 WHL and NHL Alumni will participate in the first ever WHL Ride For The Kids June 5 to 9 as they trade in their skates for bikes and ride across the province in support of the Children’s Hospital Foundation of Saskatchewan.

The province-wide event will feature WHL Alumni riding over 650 km across the province with stops in all 5 WHL centers – Prince Albert, Saskatoon, Swift Current, Moose Jaw and Regina. Each of the 5 WHL centers will stage a special fundraising event with all proceeds going to the Children’s Hospital Foundation of Saskatchewan.

For further information on the event visit whl.ca/whlrideforthekids.

The Event will conclude tonight with the Red Blue & Bling gala

There will be live and silent auctions that will include unique sports memorabilia, NHL experiences and tons more. The highlight of the Red Blue & Bling Dinner and Auction will be a live Celebrity Q & A.

The Shooting Stars Foundation, founded by Jamie Heward and Mike Sillinger have partnered with the Regina Pats in hosting Red, Blue & Bling Dinner and Auction. All proceeds raised from the event will be distributed to local Children’s Charities including the Children’s Hospital Foundation of Saskatchewan, Regina Palliative Care and Breakfast for Learning.

For more information on how to purchase tickets for Red Blue and Bling or the WHL Ride for the Kids go to www.reginapats.com and click on the “community” banner or head to www.shootingstarsfoudation.ca. 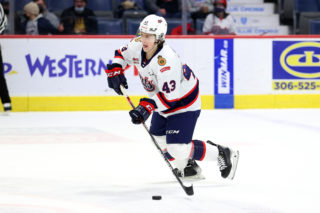 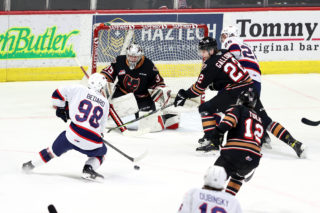 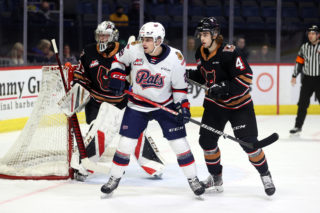 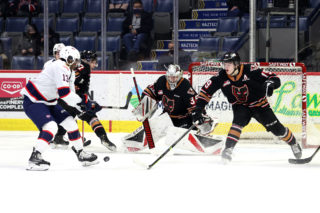 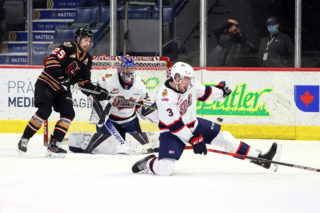