Raiders Skate by Pats in Overtime 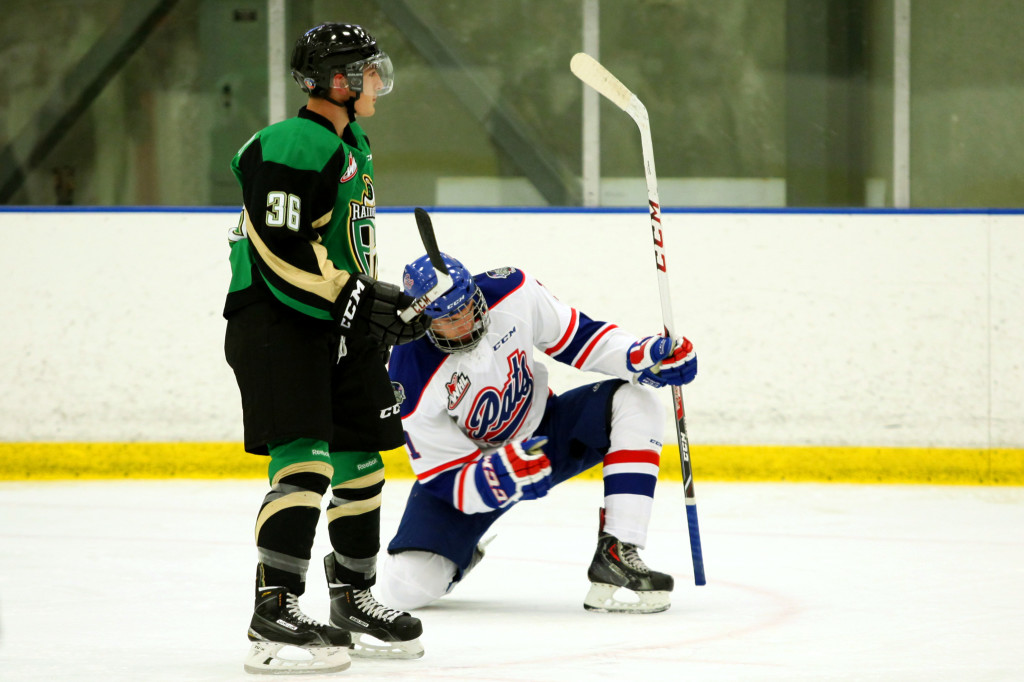 Regina, Saskatchewan – The Regina Pats (4-1-1-0) rounded out the home portion of their exhibition schedule tonight with a 4-3 overtime loss to the Prince Albert Raiders (2-2-0-1).

First Period
The Pats and Raiders each iced a lineup without any players participating in NHL Camps as any who hadn’t already departed made their way to their professional camps earlier in the day.  The Raiders got the scoring going midway through first as after a couple of shots at the goal, Jordan Tkatch was graced with a rebound right to his stick and the 19-year old tapped in the opening marker.  The Pats evened the match late in the period on the second of two nearly back-to-back powerplays.  Sergey Zborovskiy’s point shot came off the back boards to Patrick D’Amico who slid the puck across to Connor Gay for a wide open goal.  After one period the Pats had a four shot lead on the scoreboard with an 18-15 edge.

Second Period
The middle frame belonged to the goaltenders and defenders on both sides.  The pace was quick, but the goaltenders only faced a total of eleven shots due to defencemen taking care of the front of their nets.  Regina killed off a pair of penalties in the period to make it four kills on the evening as the penalty kill continues to improve.  The shots broke down 6-5 for the Raiders in the period.

Third Period/Overtime
It only took 34 seconds for the Raiders to retake the lead in the final stanza as Brendan Guhle lifted a seeing-eye shot through the crowd in front and past Tyler Fuhr in the Pats net.  Just three minutes later, Rylee Zimmer snuck a pass through to Luc Smith and the big rookie launched a booming slap shot by Rylan Parenteau to tie the game.  The Blue and White took their first lead of the contest just over eleven minutes into the period.  Connor Gay shifted his way to the net, drawing the defenders in before passing off to Patrick D’Amico for the goal into a nearly empty net.  The Pats’ taste of the lead only lasted 25 seconds as another point shot from Guhle was tipped in by Matteo Gennaro to tie the game 3-3.  That score held through sixty minutes and 3:45 into the extra frame.  With the Pats defence trapped out on the ice on a long shift, Calder Brooks forced a turnover and skated in alone on Fuhr before putting on the moves and ending the game in Prince Albert’s favour by a 4-3 final score.  Final shots were 31-28 for the Raiders.

The Pats wrap up the pre-season on the road Friday against the Raiders in Prince Albert.  The regular season begins Friday, September 19th against Brandon before the Home Opener Saturday, September 20th as the Pats take on the Wheat Kings.