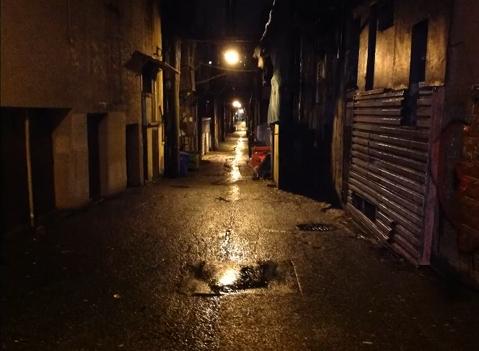 After a successful road trip through the Northwestern United States, on which the team posted a 4-2-0-0 record, the Pats returned home on an overnight bus trip from Spokane to Regina.  When the team stopped for breakfast in Medicine Hat, four players and a coach disembarked to join RCMP officers and head to Vancouver to participate in Project First Goal.

Local players Colby Williams and Carter Hansen along with defenceman Tye Hand, forward Adam Brooks and Assistant Coach Bill McGuigan started their trip out on a small prop plane which would carry its passengers to Abbotsford before they finished by driving into Vancouver.  While the plane’s size made the trip over the Rocky Mountains seem daunting, it was smooth flying.

“It was pretty scary looking at it,” laughed Pats forward Carter Hansen.  “I’ve never flown on a propeller plane before, but once you get on it’s actually a lot smoother and I almost prefer flying like that now.”

The objective of Project First Goal is to bring players to the East Hastings neighbourhood of Vancouver under the supervision of local police officers and speak with the addicts who live in one of the most impoverished and drug addled neighbourhoods in North America.  The players then bring the messages of those in East Hastings to schools in Regina and present their experiences to the children.  The hope of the program is that, as role models in the community, the players’ presentations will hold more weight than might a police officer or teacher’s talk.

The experience begins with presentations by the “Odd Squad”, a group of police officers and volunteers dedicated to educating youth and the general public about the effects of drug use on individuals and society.  These officers have spent significant time working the streets of East Hastings and neighbourhoods like it and building relationships with the people who have fallen into a life of addiction and poverty.  This year, the players also spoke with a former member of the Hell’s Angels who painted a picture of the way gang-life truly is, compared to what we see on TV so often.

“It’s not the living the high-life and once you’re out, you’re loaded with money and you just live a peaceful life and nobody’s after you,” recounted Hansen.  “Truth is they’re pretty nasty, even after life in a gang most people don’t live too long and you’re usually looking over your shoulder the whole time.  That was a big message he was showing us.”

The main part of the experience comes after nightfall when the group takes to the streets of the Downtown Eastside, accompanied by cops who work the streets of the neighbourhood to speak with addicts who struggle through every day.

While it would be natural to assume the people living in such conditions and battling with addiction would be stand-offish and unwilling to speak to the players, it’s actually quite the opposite.  Most are eager to share their stories, many painful to tell and difficult to hear, in the hopes it will prevent another from making similar choices.

When asked about a story that stood out, Brooks spoke of a former athlete who sustained an injury while dirt biking and became addicted to pain-killers during recovery.  From there the addiction escalated and now he is in the Downtown Eastside using methamphetamine.  The story stuck with Brooks as an athlete himself and the example of how a prescription drug started the spiral down.

The next stage of Project First Goal is for the players to take their own experiences and words of those in East Hastings to children here in Regina.  Defenceman Tye Hand feels the message is about making good decisions.

“There are young guys down on the streets in East Hastings there that have really have no purpose being there, and it all comes from one bad decision that they make at a young age leading them down the wrong road.  It’s very important to supply the young with a very good message about staying healthy and staying away from drugs.”

Carter Hansen will bring the message that it can be a slippery slope, starting with gateway drugs and quickly progressing to unanticipated consequences.

“I’ll be delivering a lot of information about how just starting off with little drugs, well not little drugs, but weed/marijuana and how that opens all the doors to all the other drugs and how quickly it can turn into just one or two and end up living in East Hastings the rest of your life.”

Assistant Coach Bill McGuigan, a father of three, found the experience just as beneficial and feels he has something to pass to his children when the time is appropriate.

“Not every story was a bad upbringing; it was a lot of everything.  There were some who had good lifestyles, good upbringings and good parents and just went down the wrong road one time.  It only takes one time, I guess, to get hooked so it’s a good message for me, for my kids and my experience there to bring back home and push that message not only to friends and family, but my own kids.”

The Pats return to action on the ice Friday in Red Deer as they play the final two games of a stretch of eight straight away from the Brandt Centre.  That game can be heard live on 620 CKRM starting at 7:35 CST.

For an on-location video feature of last year’s trip to East Hastings, visit the Video Page.