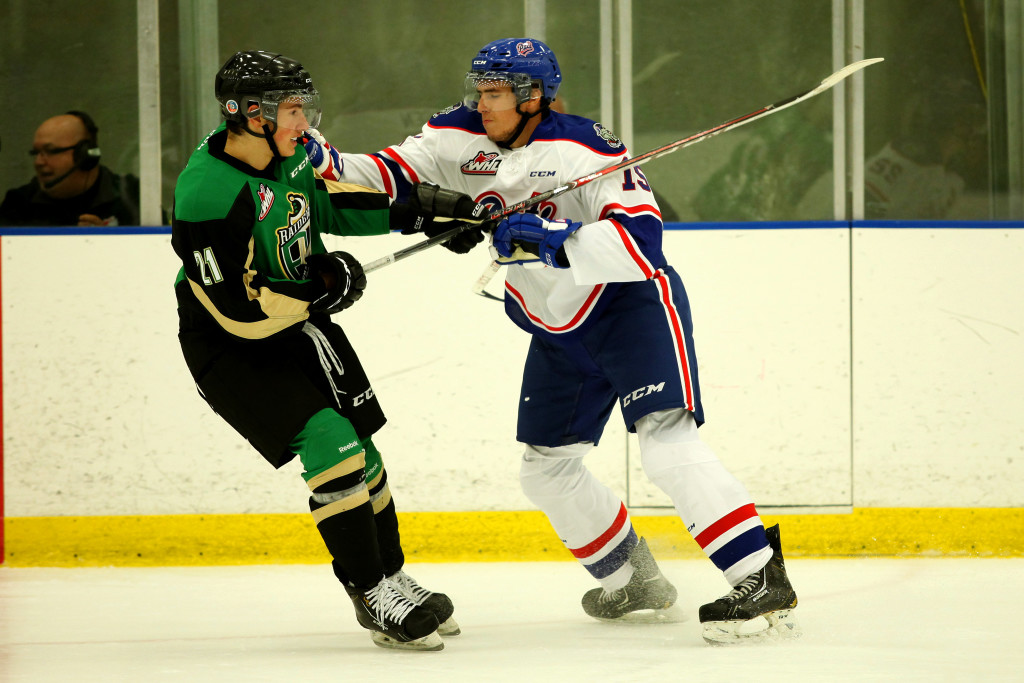 Regina, Saskatchewan – The Regina Pats wrapped up the pre-season Friday night in Prince Albert against the Raiders.  The contest ended in a 4-1 loss dropping their record to 4-2-1-0 in the pre-season.

First Period
In the opening twenty minutes, both teams played a tight game. The Pats picked up the game’s first powerplay, but were unable to score.  The Raiders opened the scoring at 16:11 as Dakota Conroy found a loose puck after a faceoff in the Pats zone and fired in his first of the pre-season and it was 1-0 Prince Albert.  That was all the scoring for the frame and the Raiders led the shots on goal 10-7.

Second Period
In the second the Pats would draw even at 10:04 as Maximillian Kammerer scored his fourth of the pre-season with assists to Adam Brooks and Colby Williams.  The Blue and White got into some penalty trouble in the period and the Raiders found a goal with the man advantage at 12:30 from Colton McCarty to make it 2-1 Raiders.  28 seconds later, Brendan Guhle scored his second exhibition goal and it was 3-1. That’s how the period would end with the Raiders outshooting the Pats 13-9 in the frame and 23-16 overall.

Third Period
In the third both teams played tight and there weren’t an abundance of scoring chances.  The Pats went to their fourth man advantage, but were unable to score.  The two teams played four-on-four in the second half of the frame and that’s when Brendan Guhle scored his second of the night on a breakaway to make it 4-1 Raiders at 13:57.  That was the final score with the Raiders outshooting the Pats 32-22 in the game.

The loss rounds out the pre-season for the Queen City Kids and they look toward the beginning of the WHL Regular Season when they travel to Brandon to face the Wheat Kings Friday, September 19th.  The Pats return home the next night for the A&W Home Opener Saturday, September 20th.  Tickets for Saturday’s Home Opener are available for purchase at Ticketmaster.ca or the Brandt Centre Box Office.  For information about discounts for groups of twenty or more, call 306-337-1535.