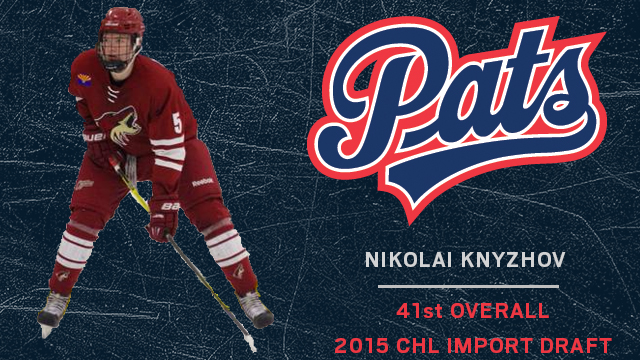 “This is a rarity for the import draft in that our scouts had an opportunity to see Nikolai multiple times throughout the season,” said Regina Pats Head Coach and GM John Paddock.  “We know he wants to come play junior hockey in Canada so it made the pick much easier.  We look forward to seeing him in Regina for training camp in August.”

Regina Pats Head Coach and GM John Paddock will be available to the media at 1:30 p.m. outside the Pats Office at the west end of the Brandt Centre.