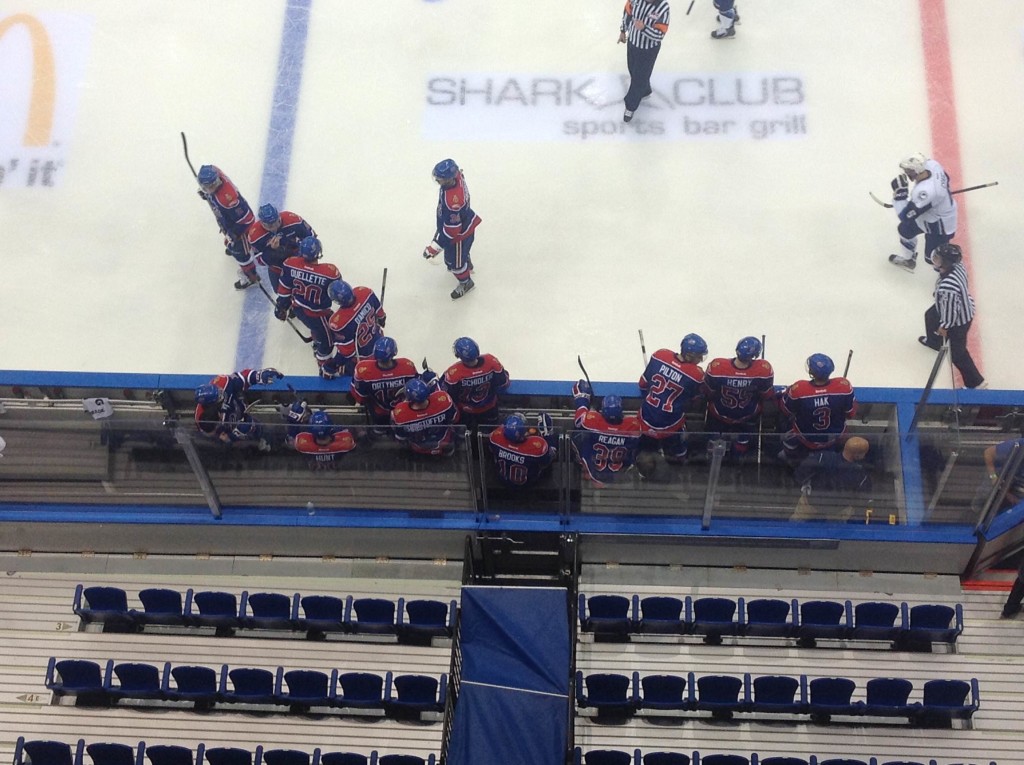 First Period
The opening period saw the Pats jump out to an early lead on the shot clock, but not in the goal column.  Blades netminder Nathan Alalouf held the Blue and White off the scoresheet long enough for the Blades to grab the lead.  With the shots 11-2 in favour of the Pats, Saskatoon forward Ryan Pruden spun and slung the puck past Teagan Sacher to give the Blades a 1-0 lead.  Just 45 seconds later, though, Austin Wagner gathered up a rebound off Alalouf, stepped around the sprawling goaltender and slid the puck to the back of the goal.  Both teams had opportunities on the powerplay, but were held off the scoresheet the rest of the way for a 1-1 tie after twenty.

Second Period
The teams both started to find a groove in the second frame, but with the Pats on the powerplay an error would put them behind.  Teagan Sacher was pressured behind the net and passed the puck straight to the stick of Blades penalty killer Cameron Hebig for a wide open shorthanded goal.  Less than a minute later, the Pats responded with a powerplay marker as Adam Brooks tipped in a Stephen Hak point shot to even the game.  Saskatoon wouldn’t be outmatched with the man advantage as Nick Zajac drove to the net along the goal line and lifted the puck over Sacher for a 3-2 Saskatoon lead after two periods.

Third Period
It didn’t take long for the Pats to even up the contest as just five minutes into the third, Jack Rodewald raced down the wing before beating Alalouf along the ice to square things 3-3.  The Blades had a chance to regain the lead shortly after when Sacher raced out of the net to clear the puck away from danger, but towards a Saskatoon forward.  Hebig, with his second chance at an open cage missed the net and the Pats escaped disaster.  Despite numerous opportunities, both goaltenders held the line and extra time would be needed.

Overtime
The Pats couldn’t capitalize on thirty seconds of powerplay time to open the extra frame and would have to kill off a full two minutes coming against them.  After successfully killing the penalty, the Blue and White went on the attack.  Colby Williams lifted a shot towards the Saskatoon net which Patrick D’Amico redirected past the netminder for the overtime winner in the Pats’ 4-3 victory.