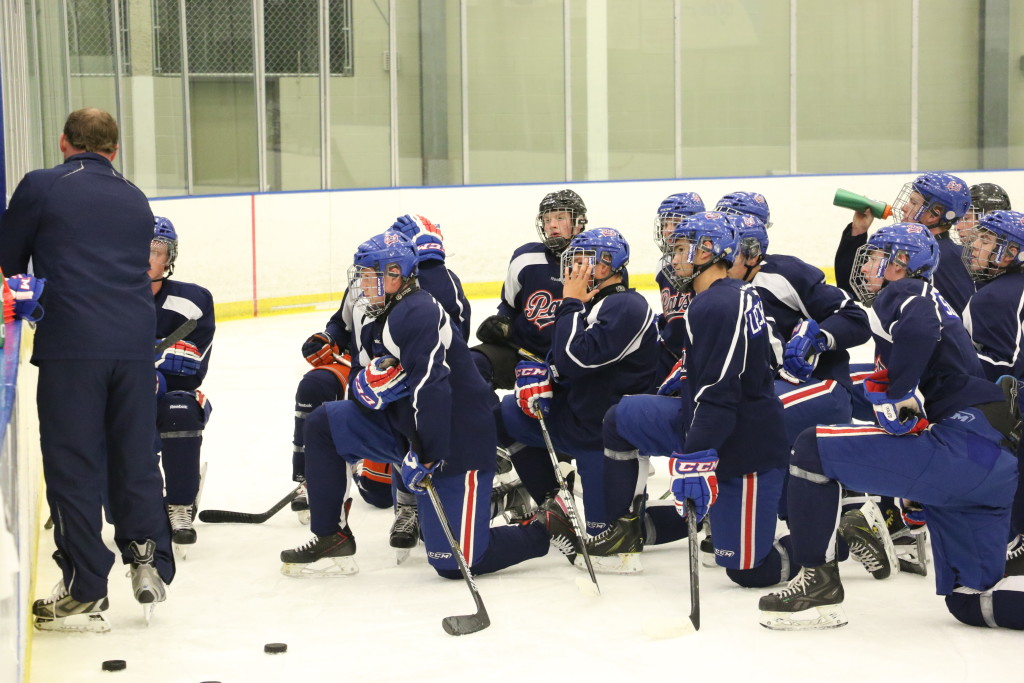 Dalton Ossman (5’9”, 174 lbs) was listed by the Pats during the 2014-15 season.  The Calgary, AB product posted an impressive 80 points (40G, 40A) in 37 games with CRAA Blue in the AMMHL last season.  He also registered 73 penalty minutes.  Ossman scored one of Team Blue’s two goals in a 5-2 loss to Team White in the annual Blue and White Game presented by Bennett Dunlop Ford on Monday.

Riley Krane (5’10”, 182 lbs) was an eighth round pick of the Pats, 168th overall, in the 2015 WHL Bantam Draft.  A native of Dawson Creek, BC, Krane suited up for the Okanagan Hockey Academy in his second year of bantam hockey.  Krane picked up 53 points (27G, 26A) and 73 penalty minutes in 54 games.  He was recently named to the Team B.C. U16 shortlist for the Western Canada Challenge Cup.

The Pats also announced the reassignment of goaltender Kurtis Chapman to the Olds Grizzlies of the AJHL.

The Blue and White open the pre-season tonight at the Co-operators Arena.  They kick off the Regina Pats Rookie Showcase against the Calgary Hitmen at 7 p.m.  Tickets are $5 per game or $20 for a five game tournament pass, both available at the door.  Season Ticket Holders can use their VIP Cards to purchase a tournament pass for just $15.  Please note access to the Co-operators Centre is limited to the Princess St. and Elphinstone St. entrances.  Saturday, September 5 access will be limited to the Princess St. entrance.

Season Tickets are available for pickup at the Co-operators Centre from 5:00 p.m. until 8:00 p.m. Thursday through Saturday.