Pats Search for Success in Calgary 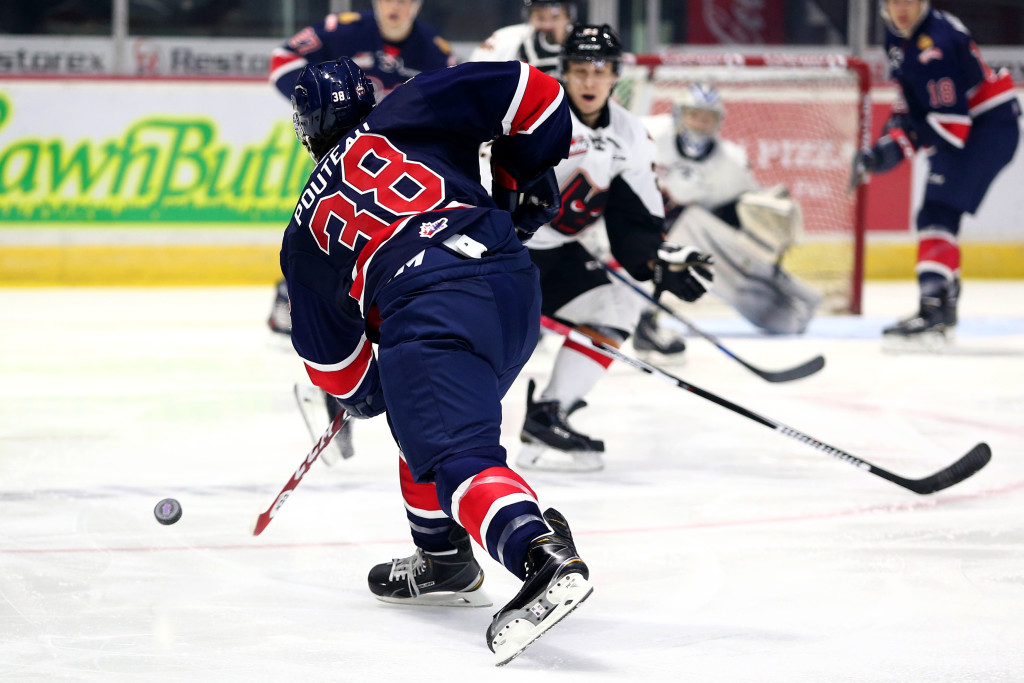 Calgary, Alberta – The Regina Pats (5-4-0-0) roll into the Scotiabank Saddledome (4 p.m.) to take on the Calgary Hitmen (5-3-0-1).  It’s the second meeting of the season between the two teams.  The Hitmen took the first matchup by a 3-0 score.  Goaltender Tyler Brown made 29 saves for the Pats in the loss.  The Blue and White head into today’s matchup having won four of their last five games following a 4-2 victory in Edmonton on Friday.  Today’s game can be heard on 620 CKRM with Bennett Dunlop Ford Pats Hockey beginning at 3:35 p.m.

Tyler Brown continues to give the Pats two solid options between the pipes.  The 18-year old netminder has four starts under his belt already this season.  A native of Winnipeg, MB, Brown is 1-2-0-0 with a 3.49 GAA and 0.908 SV%.  In his last two starts, Brown made 37 and 41 saves while earning a split in Lethbridge and Edmonton.  We’ll see who gets the call for the Pats when lineups are released soon.

The Pats’ first road swing of the season has been good for rookies looking for their first points.  Brady Pouteau nabbed the first two goals of his career while Jared Freadrich and Nikolai Knyzhov earned their first assists.  Second year forward Luc Smith also added the first point of his season with an assist in Edmonton.

The Pats’ lineup features two of the top penalty minute getters in the league.  Aaron Macklin is second in the WHL with 31 penalty minutes in nine games while Luc Smith sits tied for fifth with 28.  Last year Macklin was fifth in the league with 178 minutes in the box while Smith racked up 68 minutes.

In tight games, look out for a pair of Alberta born Pats.  Sam Steel has three goals on the year and all of them have been in key situations.  He scored an overtime winner on opening weekend and is tied for the league lead with two insurance goals to put games out of reach.  Austin Wagner has a knack for clutch goals this year as well.  He has two on the season, both game winners.  That ties him for the league lead.

The Pats attempt to break their current Saddledome trend.  The Blue and White are 2-6-0-0 in their last eight visits to the home of the Hitmen and Calgary Flames and have lost six straight.

Similar to their visit to Edmonton, the Pats have plenty of players on the roster from the Calgary area.  Adam Berg, Austin Wagner and Jake Elmer all call the Stampede City home.  Aaron Macklin (High River) and Trygve Many Guns (Siksika Nation) both live in the area as well.

Tune into the game with Bennett Dunlop Ford Pats Hockey on 620 CKRM starting at 3:35 p.m.  Watch it online with WHL Live Web TV.