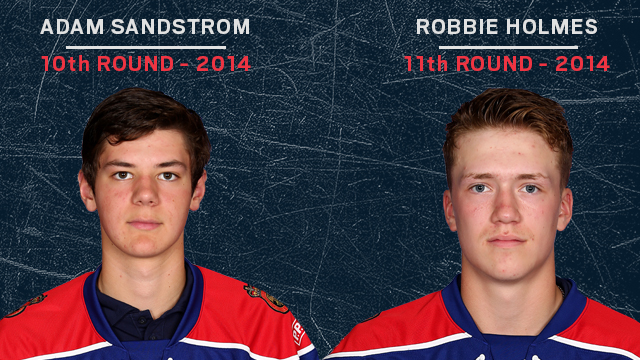 Sandstrom (6’4”, 182 lbs) was the Pats’ 10th round selection (211th overall) in the 2014 WHL Bantam Draft.  Sandstrom played in 13 games this year with the AMMHL’s Red Deer Aero Equipment Chiefs before sustaining a season ending injury.  Prior to the injury, the Red Deer, AB native posted five points (1G, 4A).  Sandstrom was back on the ice for Pats Spring Camp on May 29.

The pair of signings makes the Pats’ total eight through a busy summer.  The Blue and White have now signed six of the nine prospects drafted in 2014 WHL Bantam Draft to WHL Standard Player Agreements.