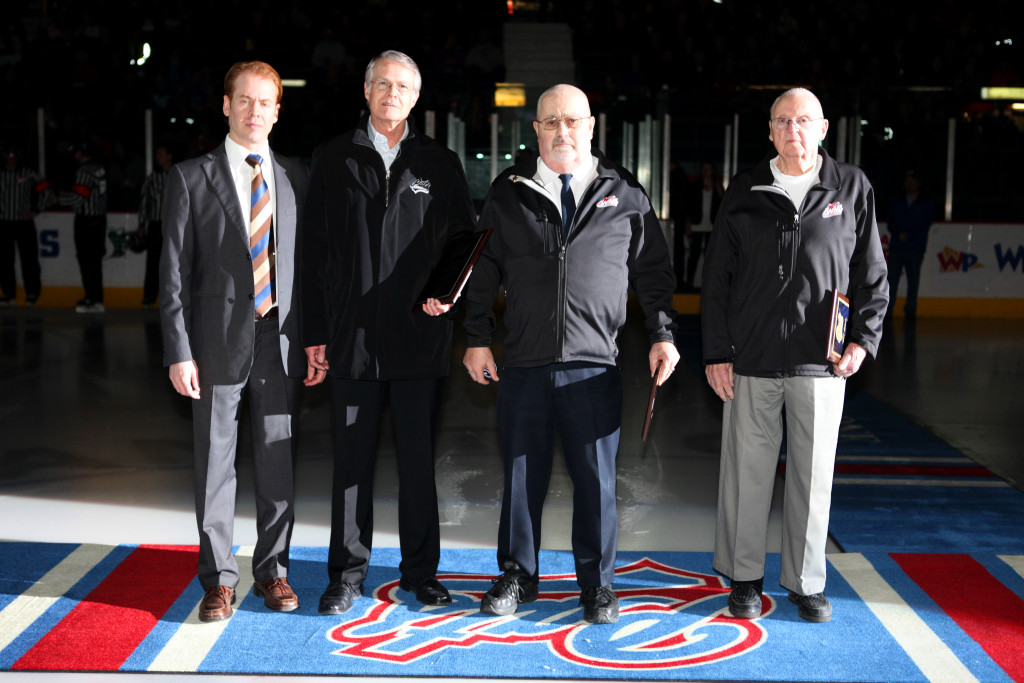 As off-ice officials, Garry Renner and Bill white were key parts of Pats game nights, ensuring accurate scorekeeping and timekeeping throughout Pats games.  Renner was a member of the Pats’ off-ice officials for 44 years while White volunteered for 42 years.

“We have been very fortunate as an organization to have long term volunteers such as Gary and Bill working as off-ice officials,” commented Pats VP of Business Operations Cliff Mapes.  “Off-ice officials and game night volunteers are integral to the survival of junior hockey and we are happy to have the opportunity to honour Gary and Bill for over forty years of reliable service.”

Dr. Ian Hill served as the Pats’ team doctor for 45 years before retiring last season while Dr. Ralph Berdan will end his time as the team dentist at the conclusion of this season after 35 years with the Pats.

“It’s invaluable… you can never repay guys like that,” said Pats Athletic Therapist Greg Mayer.  “Their commitment, professionalism and passion for the team, they both bleed red white and blue.  They’ve seen every player here from probably as far back as guys like Al Dumba and (Clark) Gillies to Jordan Eberle and Jordan Weal so that’s a lot of players who have come through their door.”