Pats Hit the Break Against Lethbridge 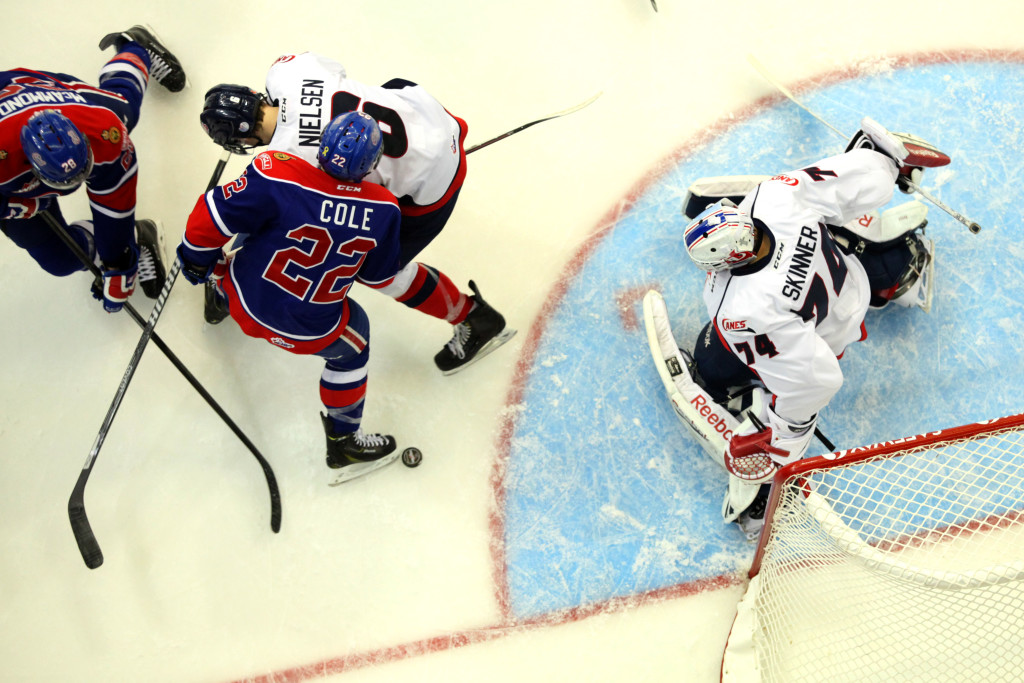 Regina, Saskatchewan – The Regina Pats (20-11-1-0) close out their pre-Christmas schedule against the Lethbridge Hurricanes (7-20-3-2) tonight at the Brandt Centre.  It’s the third time the teams have come together this season.  The Pats hold a 2-0-0-0 record against Lethbridge while outscoring the ‘Canes 14-2.  Dryden Hunt leads the Pats with five points (1G, 4A) against Lethbridge while Tyler Wong heads up the Hurricanes with a pair of assists against Regina.  Coming into tonight’s contest, the Pats have won two straight including last night’s 6-5 victory in Brandon while the ‘Canes picked up a 6-4 win against Moose Jaw last night.  Listen to tonight’s contest on 620 CKRM with Home Depot Pats Hockey at 6:35 p.m.

Lead Up: Pats Pull Off 6-5 OT Comeback in Brandon
It didn’t look good for the Pats when they trailed 2-0 just 1:09 in and then faced 3-1, 4-2 and 5-3 deficits.  Austin Wagner scored shorthanded in the third to get the Blue and White back within one and Chase Harrison’s shot deflected in off Patrick D’Amico’s skate late in the third to tie the game.  Midway through the overtime period, Connor Gay fired from the slot and the puck squeaked through Jordan Papirny and trickled over the line to end the games.

Hitting Twenty
The Pats became the fourth team in the WHL to hit the 20 win mark last night. The Blue and White haven’t won 20 games before the Christmas break since the 2007-08 season when they won their 20th game in a similar 32 contests.  That edition of the Pats finished with 44 wins on the year.

Motivation
Morgan Klimchuk made his presence felt back in the Pats lineup after returning from Team Canada Selection Camp.  Klimchuk had a goal and two assists in the Pats win over Brandon last night and has four points (2G, 2A) in two games against Lethbridge this season.

Century Mark
Kyle Burroughs picked up a pair of assists December 16th in Brandon to reach the 100 point mark for his career. The New York Islanders draft pick registered 19 goals and 81 assists in 213 games.