Pats Get Swing Going in Vancouver 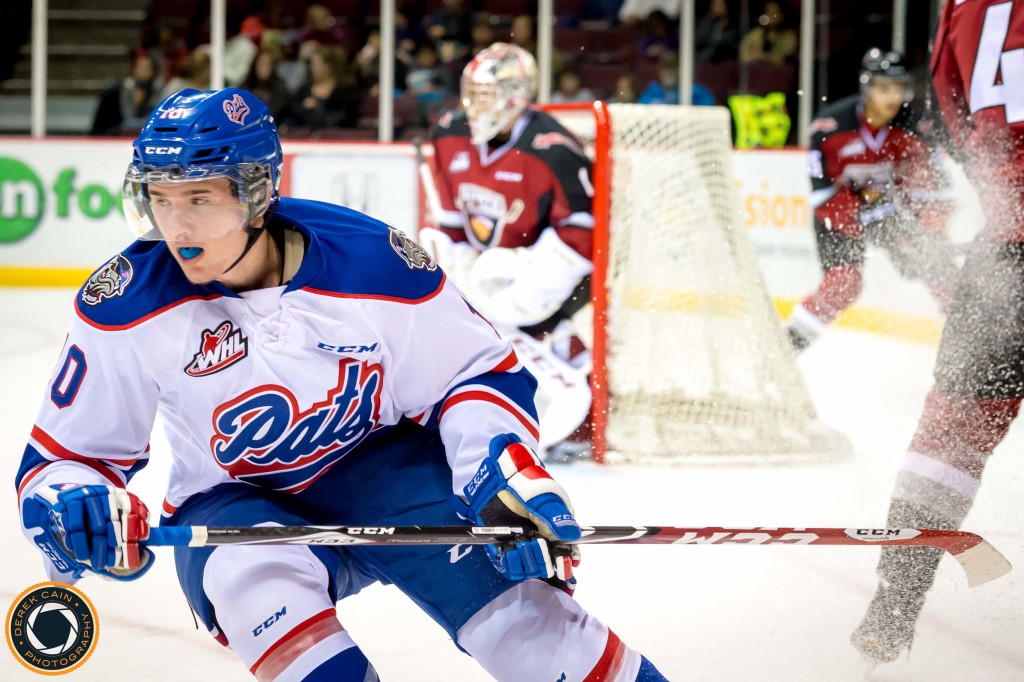 Regina, Saskatchewan – The Regina Pats (11-9-1-0) open their B.C. Division road swing against the Vancouver Giants (9-13-0-0) in their lone meeting of the season.  Last year’s matchup saw the Pats outscore the Giants with a 5-4 overtime win.  Kyle Burroughs led the way with four assists on the night for the Pats while Carter Popoff had a pair of assists for Vancouver.  Coming into tonight’s game, the Pats have won four in a row and seven of their last eight games including a 5-4 OT win against Edmonton.  The Giants are 3-7-0-0 in their last ten including a 6-1 loss to Prince George on Wednesday. Listen to tonight’s contest on 620 CKRM with Home Depot Pats Hockey starting at 9:05 p.m. CST.

Lead Up: Pats Top Oil Kings 5-4 in Overtime
It was a back and forth affair that saw the Pats erase three one goal deficits and have a lead of their own erased.  Connor Gay and Dryden Hunt each had three points in the contest, while Edmonton’s Lane Bauer scored twice.  With sixty minutes not resolving the conflict, Connor Gay pulled the puck away from the board, raced to the net and finished the contest with a back hand marker.

Making the Grade
Three Pats players were listed in the Central Scouting Service’s November “Watch List” for the 2015 NHL Entry Draft.  Dryden Hunt returned to the list after being ranked last season and going undrafted.  Meanwhile Austin Wagner and Sergey Zborovskiy made their first appearances on the list.  Wagner has 14 points (5G, 9A) in 22 games while  Zborovskiy is quickly adapting to the North American game and the smooth skating Russian defender has 7 points (1G, 6A) and is a +8 on the year.

Two per Game
Dryden Hunt’s name comes up on the Watch List at a time where the Nelson, B.C. product is arguably the hottest player on the Pats roster.  Hunt has eight points (4G, 4A) over his previous four outings.  That includes his first career hat-trick against Medicine Hat on Nov. 14th and a three point night (1G, 2A) on Tuesday against Edmonton.  Hunt is second on the Pats with 22 points and tied for the lead with 10 goals.