Pats Get Back to Work in Brandon 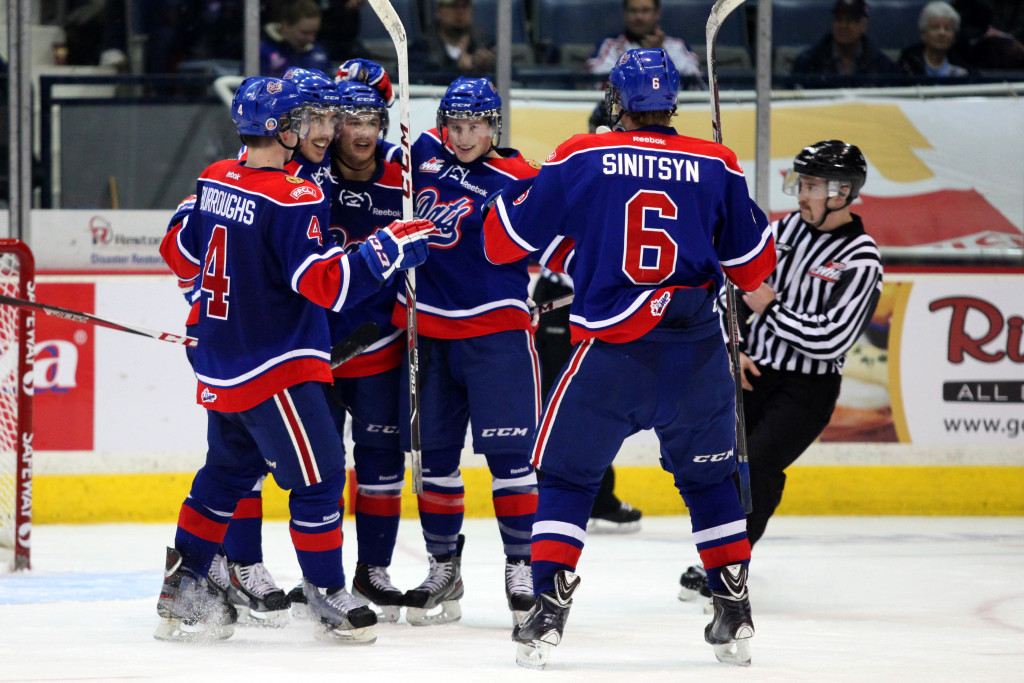 Head-to-Head
The Regina Pats (18-14-2-2) start the second half of their season against the Brandon Wheat Kings (18-14-3-0).  This is the third meeting of the season between the two teams and second in Brandon.  So far, the Pats and Wheat Kings each own a win on home ice to split the season series to this point.  Chandler Stephenson leads the Pats with five points (2G, 3A) in two games against Brandon.  John Quenneville is the top Wheat King with three points, all assists, against Regina in 2012-13.  Coming into tonight’s game, the Pats find themselves on a three game losing streak after battling through multiple key injuries to get to the break.  Meanwhile, the Wheat Kings have points in four straight games with three wins over that stretch.  This evening’s game can be heard on 620 CKRM starting at 7:05 p.m. or watch tonight’s game for free on WHL Live.

Lead Up: Hitmen Roll by Pats in 6-3 Regina Loss
The Hitmen jumped out to a 3-0 lead in the first period and added three more to their total by the early stages of the third period.  The Pats got goals from Connor Gay, Colby Williams and Adam Brooks to make the score more respectable in the final frame, but couldn’t keep the comeback going.  Dawson MacAuley and Nick Schneider split duties in the contest.

Halfway Recap
With their loss in Calgary, the Pats reached the halfway point of the 2013-14 WHL season.  The team has improved on last season’s road totals, already winning 11 games away from Regina, eclipsing last year’s mark of 10 wins.  Chandler Stephenson and Boston Leier both lead the Pats with 42 points each on the season.  The Blue and White’s record of 18-14-2-2 has them 12 points ahead of last year’s pace and second in the Eastern Division, just five points back of the Swift Current Broncos with two games in hand.

Kammerer to World Juniors
Forward Maximilian Kammerer is a member of Team Germany at the World Junior Championships in Malmo, Sweden.  The Dusseldorf product has one goal and two assists so far in his rookie WHL season.  Germany opened the tournament Boxing Day with a 7-2 loss to Team Canada.  Kammerer had one shot on goal in the contest.

World U-17 Hockey Challenge
The Pats will be represented at the World U17 Hockey Challenge in Cape Breton by a player and a coach.  Rookie defenceman Brady Reagan suits up for Team Pacific while Assistant Coach Josh Dixon will be behind the bench for Team West.  The tournament runs from December 28th – January 4th.

Who to Watch on Brandon
Forward John Quenneville had an explosive start to his second WHL season.  The 17-year old Edmonton native has as many assists as he totaled points last year (19) and features 14 goals through 35 games.

Statistical
150 – Chandler Stephenson has 148 points in his WHL career