Pats and Raiders Face Off in Third Meeting 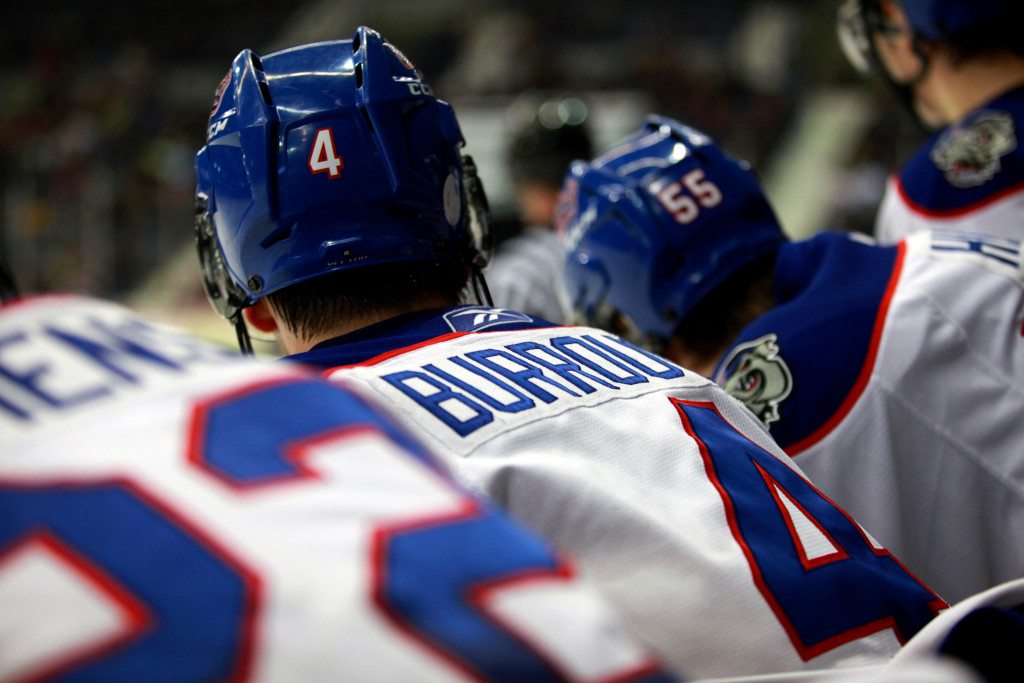 Head-to-Head
For the third time since October 23rd, the Regina Pats (8-8-0-0) and Prince Albert Raiders (9-6-1-0) go toe-to-toe.  The Raiders hold wins in the first two meetings between the teams and have won four straight against the Pats going back to the pre-season.  Boston Leier and Dyson Stevenson are the only two Pats with goals against the Raiders this season.  Josh Morrissey leads Prince Albert with two goals in the season series.   Coming into this evening’s game, the Pats snapped a three game slide with a victory over the Moose Jaw Warriors while the Raiders dropped their previous contest, 3-2, to Medicine Hat.  This evening’s game can be heard on 620 CKRM starting at 6:35 p.m.

Lead Up: Pats Shutout Warriors 3-0
Through forty minutes, the Pats and Warriors found themselves in a scoreless deadlock on the strength of Dawson MacAuley and Justin Paulic going head-to-head in a goaltender’s duel.  The Pats broke the tie early in the third when Boston Leier tapped a feed from Dryden Hunt to the back of the net.  Geordie Maguire added another goal to give the Pats some insurance and Morgan Klimchuk sealed the game with an empty netter.  MacAuley made 36 saves for the shutout.

Second Line Connects
The Pats have been looking for a contribution from secondary scoring through the early part of the season and got it in a key situation Wednesday.  The line of Boston Leier, Dryden Hunt and Geordie Maguire came through with two third period goals and each player ended the game with two points.  For Maguire it was his first goal since September 19th.

Goal Leaders
Boston Leier and Dyson Stevenson lead the Pats with ten goals each which has them in a tie for eleventh in the WHL.  Both are on pace to roll past their previous career highs as Leier put up his best season last year with 18 goals and Stevenson posted 16 markers in 2012-13.

Finding a Way to Beat the ‘Tenders
The Pats have played the Raiders well in their first two meetings of the season, but ran into goaltenders at the top of their games.  In the first meeting, rookie Nick McBride made 42 saves (0.977 SV%) while holding the Pats to a lone goal in Regina.  Veteran Cole Cheveldave (0.964 SV%) matched McBride, stopping 26 Pats shots in the teams’ previous meeting.

Who to Watch on Prince Albert
Leon Draisaitl is an offensive force for Prince Albert.  The big German forward is a top prospect for the 2014 NHL Draft and is off to a good start with 20 points (7G, 13A) in 16 games this season.  In two games against Regina this year, Draisaitl has two assists.

Family Day Matinee
The Pats next home game is this Sunday, a 2:00 p.m. matinee game against the Moose Jaw Warriors.  Take care of everyone in the family with the $35 Family Pack.  Four slices of pizza, four beverages and two popcorns available from the Brandt Centre Western Pizza.  In the intermission, check out the Pats Baby Race presented by Old Fashion Foods, the Stripe Shop, OneStopKidShop.com and Oxford Learning.