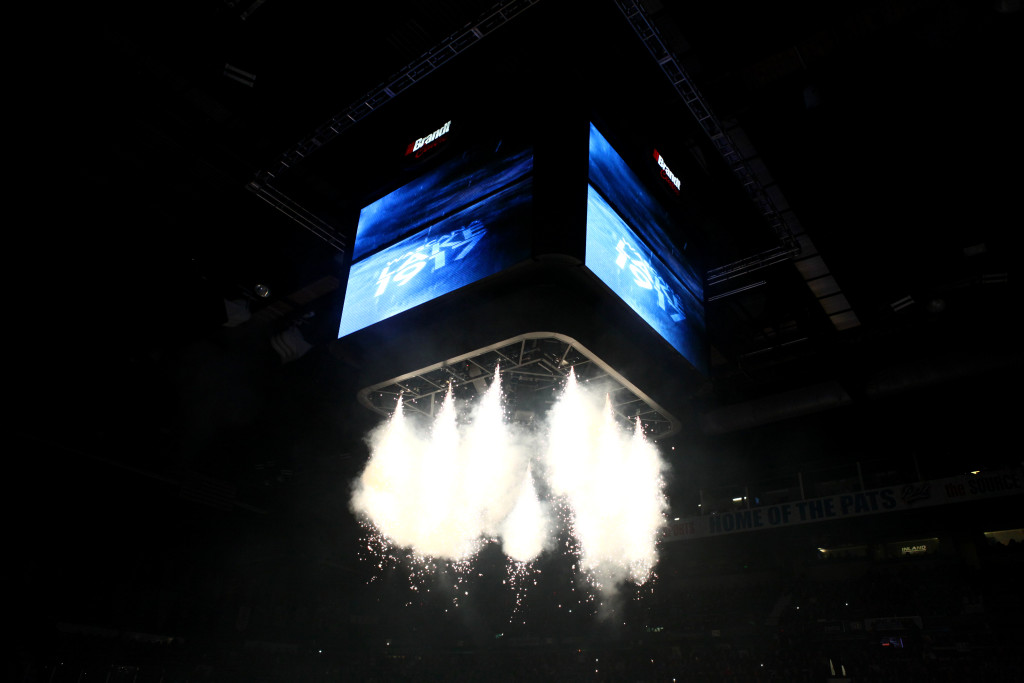 The Week That Was
Friday was a historic night at the Brandt Centre as the Pats dropped the curtain on their new centre ice score clock and lighting system ahead of the Pats taking on the Moose Jaw Warriors.  It looked like the visitors had everything well in hand, up 3-1, but the Pats stormed back to tie the game and send it to overtime.  In the extra frame, former Pat Jack Rodewald scored on the powerplay to end the Pats 11 game win streak over Moose Jaw in a 4-3 OT loss.  The Pats hit the road the next day to play in Brandon.  The Pats were up 2-1 midway through the game, but the Wheat Kings exploded for seven unanswered to win 8-3.  Both Jesse Gabrielle (1A) and Morgan Klimchuk (2A) had points against their former teams.

The Week Ahead
Friday, January 30th – Pats at Kootenay (8:00 p.m. CST)
The Pats make their final trip to Cranbrook to face off with the Ice.  The teams split the first two games of their season series with both squads taking wins on home ice.  It’s the first time the Pats face Sam Reinhart since his return from the Buffalo Sabres and World Junior Championships.

Saturday,January 31st – Pats at Lethbridge (8:00 p.m. CST)
It’s the final time the Pats and Hurricanes meet this season.  The Pats lead the season series, winning two of the three matchups after falling 5-4 in OT to Lethbridge in their last matchup.  Adam Brooks leads the Pats with 5 points (2G, 3A) against the ‘Canes this season.  Catch both road games on 620 CKRM with Home Depot Pats Hockey starting at 7:35 p.m. CST and on WHL Live Web TV.

Ranked by CSS
Four Pats made the newest set of Central Scouting Rankings for the 2015 NHL Entry Draft.  Austin Wagner is one of the fastest risers among ranked skaters, going from off the list to 43rd among North American Skaters over the season.  Jesse Gabrielle is up next at 61st among North American Skaters.  Connor Hobbs sits at 100th and import defenceman Sergey Zborovskiy is 197th on the list.  Pats prospect Liam Finlay holds down 189th in North America.

Home Depot on the Bench
Win the chance for your minor hockey team to practice with a Pats coach.  It’s easy to enter, just fill out the ballot at homedepotonthebench.com.