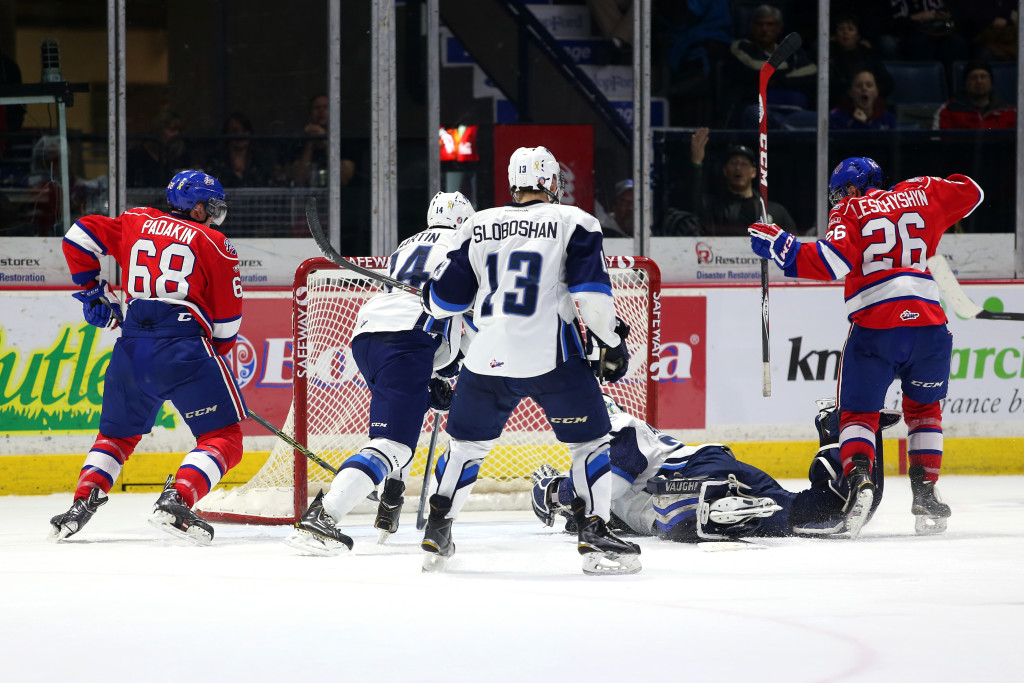 The Week That Was
It was a six point week for the Queen City Kids as the Pats ran their win streak to four games with victories over Prince Albert, Saskatoon and Spokane.  Tuesday’s matchup against the Raiders wasn’t pretty, in fact the coaching staff wasn’t happy with the team’s performance despite the two points.  Austin Wagner’s third period goal stood up as the winner after a late charge from Prince Albert in a 4-2 win.  Friday night the Pats peppered Blades’ netminder Nic Amundrud, but only scored once until the third period, scoring four straight to win 5-2.  The home stand closed out with the Pats battling their way to a win against Spokane.  Sam Steel scored the winner on a two-on-one in the third as part of the 4-2 victory.

The Week Ahead
Tuesday, February 10th – Pats at Medicine Hat (8:00 p.m. CST)
After handing the Tigers losses in their first two meetings of the season, the Pats travel to Medicine Hat to play in the old Arena for the final time.  The Blue and White need their best with the Tigers looking for retribution after a 6-1 Pats win the last time the teams met.  Tuesday’s game will be broadcast on Shaw TV starting at 8 p.m. CST and on 620 CKRM at 7:35 p.m.

Friday,February 13th – Pats vs. Swift Current (7:00 p.m.)
The Pats return home for a Friday date with the Swift Current Broncos.  It’s a key divisional matchup with the Broncos looking to cut into the Pats’ lead for 2nd in the East Division and the all-important home ice advantage.  Pats fans across Western Canada can tune into the broadcast on Shaw TV.

Saturday, February 14th – Pats at Prince Albert (7:00 p.m.)
The Pats head north to Prince Albert to face the Raiders after earning a 4-2 win in the teams’ previous meeting.  The Blue and White are 4-1-0-0 against the Raiders this season and 2-0-0-0 in Prince Albert.

Monday, February 16th – Pats vs. Brandon (2:00 p.m.)
What better way to celebrate Family Day than an afternoon with the Pats as they face the Wheat Kings in Morgan Klimchuk’s return to Regina.  Be sure to pick up a free poster at the doors courtesy of Sherwood Co-op.  Don’t forget to bring your skates as there will be a post-game skate at the Brandt Centre with Pats players available to sign autographs.

Training for Life Dinner
The Regina Pats are pleased to partner with Special Olympics Saskatchewan for the upcoming annual Training for Life Dinner Tuesday, March 3rd at the Double Tree by Hilton.  Pats Head Coach and Sr. VP of Hockey Operations, John Paddock, will be the keynote speaker and members of the team will be in attendance to sign autographs and take photos with attendees.  Tickets are $50 and include a Pats game voucher!  To purchase, contact Chelsea Fidler at 306-780-9406.