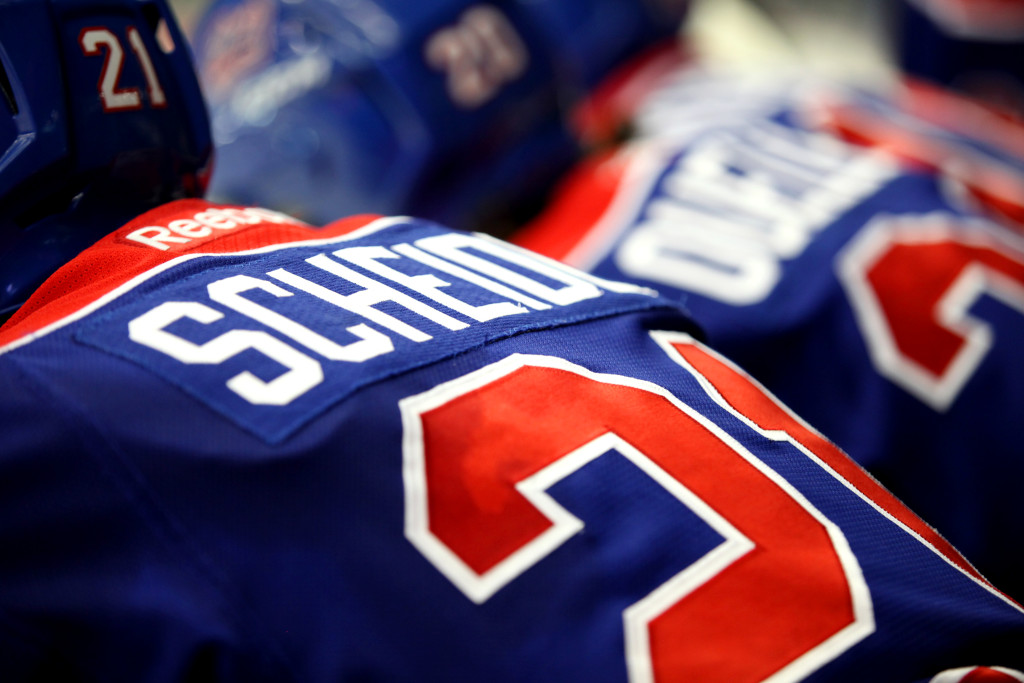 The Week That Was
Thursday, December 27th – Moose Jaw 4 @ Pats 3
The Pats got three key players back in the lineup for their first game back from the Christmas break in Chandler Stephenson, Dyson Stevenson and Luke Fenske.  Regina jumped out to a strong start, but was held off the board by Moose Jaw netminder Justin Paulic.  Tanner Eberle put on a show late in the second period as he tallied twice to send the Warriors to the third with a lead.  Moose Jaw built a 4-1 lead in the third, but two late goals by the Pats made things interesting in a 4-3 home loss.

Saturday, December 29th – Pats 5 @ Moose Jaw 1
Returning two more players to the lineup (Colton Jobke and Colby Williams), the Pats put together a strong effort through the full lineup in the back-half of their home and home with the Warriors.  Marc McCoy scored twice, Luke Fenske totaled three assists and Colby Williams added a pair of helpers in a 5-1 Pats victory.

Sunday, December 30th – Saskatoon 2 @ Pats 6
The Pats exited the first period with a one goal lead over the Blades, then blew the contest wide open with five goals in the middle frame.  Three of those came with the man advantage as the Pats went 4/7 on the powerplay in a 6-2 win over Saskatoon.  Chandler Stephenson had a career night with six points (2G, 4A) on the evening while Morgan Klimchuk matched his own season/career high with five points (1G, 4A).

Quote of the Week
“Alex came to the Pats at a time when we were in need of veteran leadership on our blue-line and in our locker room.  His contributions were beyond our expectations and we couldn’t be happier with what Alex brought to the team.  In his short time with the Pats, Alex displayed all of the qualities this organization aspires to uphold.  On behalf of the Pats, I want to wish him all of the best in his future endeavors.” – Pats GM Chad Lang on Alex Theriau’s retirement from Jr. Hockey

The Week Ahead
Friday, January 4th – Medicine Hat @ Pats
The Blue and White kick off 2013 with a contest against the Medicine Hat Tigers.  After visiting the Hat twice in the first half of the season, it’s the Pats’ turn to play host.  Top NHL Draft prospect Hunter Shinkaruk and Curtis Valk have been dangerous offensive threats this season and the Pats will have their hands full shutting them down.

Saturday, January 5th – Pats @ Prince Albert
The Raiders and Pats have battled back and forth in the first four games of their season series.  The Pats opened up with a win, followed by a pair of Raider wins before the teams’ latest meeting in which Regina captured a 3-0 win.  The last time Regina traveled to the Art Hauser Centre, the Raiders came away with a 5-3 win.

Sunday, January 6th – Brandon @ Pats
To finish up a three-in-three stretch the Pats host the Wheat Kings for the first time since falling twice to Brandon in the first weekend of the season.  The Wheaties are neck and neck with the Pats in their battle to reach the post season.

Happy New Year!
With 2012 coming to a close, the entire Pats Organization wishes you and yours all the best in 2013!

Voucher Pack Deadline
As the season moves to its late stages, the deadline to purchase Pats Voucher Packs is approaching.  To get your Voucher Packs, visit or call the Pats Office at 522-PATS.