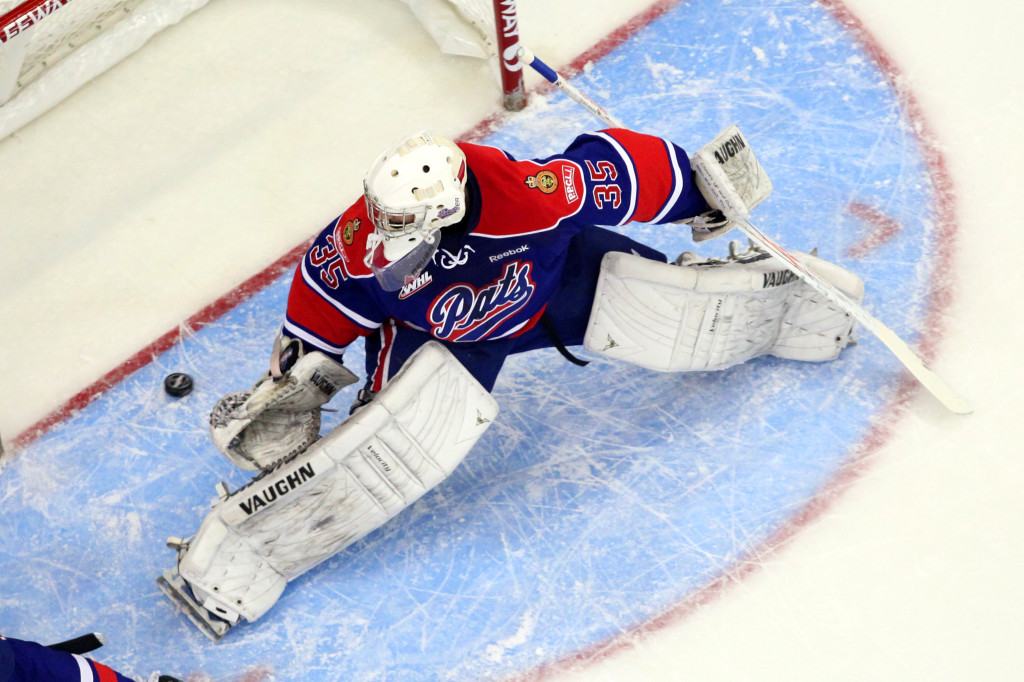 First Period
With both the Pats and Tigers playing their third games in three nights, it was going to be a battle to see who could muster the most energy throughout the evening.  The Pats came out with the opening flurry, putting the first five shots of the game towards the goal.  Included in those shots was Austin Wagner’s first WHL goal as he jammed the puck in after Boston Leier brought it to the front of the net on a breakaway move.  Rookie goaltender Nick Schneider moved the puck ahead to Leier to start the breakout and earned his first point on the play.  In addition to getting in on the offence, Schneider would put in a gem of a period, making multiple great saves to maintain the Pats lead.  Schneider’s play would be rewarded when the Pats put together a good shift down low in the Tigers’ end.  Braden Christoffer found Dane Schioler in the faceoff circle for a one timer and Schioler’s first WHL goal in just his second game.

Second Period
The middle frame belonged almost entirely to Medicine Hat as the Tigers would outshoot the Pats 22-6 in the period.  Nick Schneider would hold the Pats in the contest, stopping 20 of those shots, but the Tigers would find a way to beat the rookie tender.  On a powerplay starting from the beginning of the period; Cole Sanford’s pass was blocked by Jesse Zgraggen, but the Tigers forward got the puck back and tucked it up high past Schneider.  With two Pats in the box, the Tigers only needed eleven seconds of their full two minute five-on-three advantage with Miles Koules cashing in for Medicine Hat.  With the score tied 2-2 and the Pats on their heels, Zgraggen stole the puck in the Tigers’ end and was hooked up to give the Blue and White a chance on the powerplay late.  With a little luck, Boston Leier would put the Pats back in the lead.  Leier walked the line, then stepped into the high slot, wristed a shot off a Tiger stick and past Daniel Wapple for his team leading 24th goal of the year and a 3-2 Regina lead.

Third Period
The Pats’ penalty kill came up with a big defensive stop early in the frame, killing one minute of carry-over from the second period.  Right after the penalty expired, Dryden Hunt had a great chance in front of the Tiger net, but couldn’t get a shot and play turned the other way.  Trevor Cox snuck off the bench behind the Pats’ defence and broke in alone from centre ice.  Cox froze Schneider with a great shot to the top half of the net to square the game 3-3.  The teams played a much more balanced contest in the third with each putting ten shots on net, but nobody found the go-ahead marker and the game went off to overtime.

Overtime/Shootout
Despite both teams coming up with opportunities to end the game in the five minute overtime, the game would head into the shootout.  Scoreless through the first round of shooters, Tommy Vannelli bore down on Nick Schneider and ripped a wrist shot by the rookie to give the advantage to the Tigers.  Meanwhile, Daniel Wapple came up with a pair of brilliant stops against Leier and Chandler Stephenson.  Connor Gay had the opportunity to extend the shots, but couldn’t beat Wapple and the Tigers took the 4-3 victory. 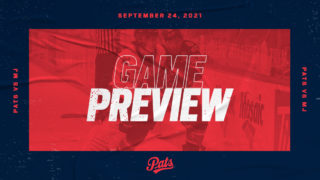 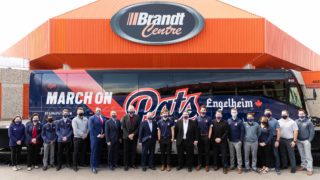