MacAuley’s Heroics Not Enough in Portland 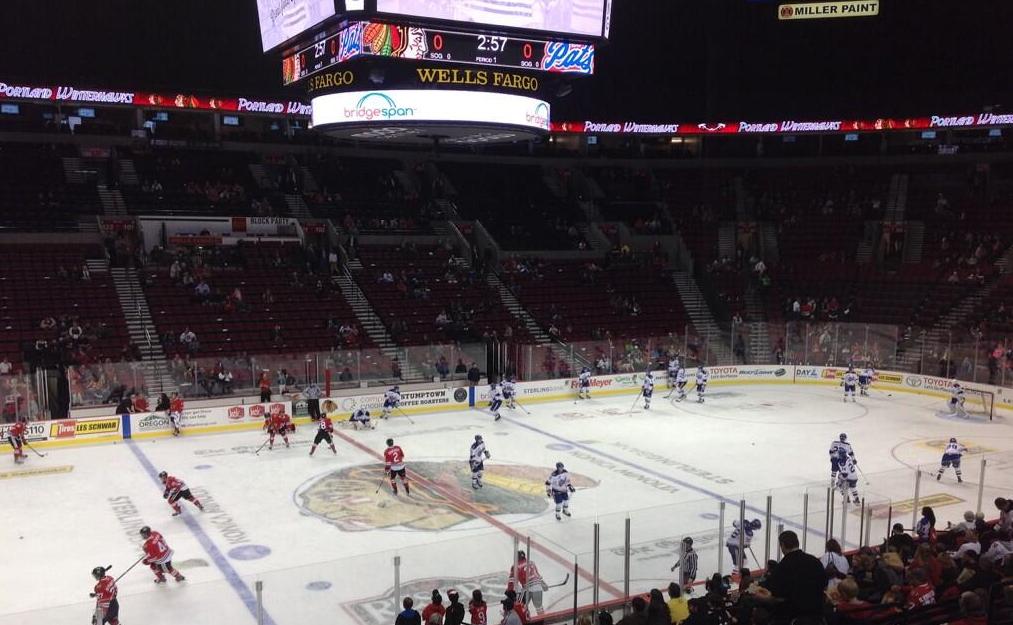 First Period
The 2013 WHL Champion Winterhawks got off to a strong start when Nic Petan opened the scoring.  After making a save on the near-side, Dawson MacAuley couldn’t get back in position with a scramble in his crease and Petan took a feed in the slot to give the Hawks the lead.  The Pats came back strong and would hit the post three times through the middle stages of the frame.  Portland added to the lead on the powerplay when Petan held the puck in the zone and found Brendan Leipsic in the faceoff circle and he ripped the puck past MacAuley as the Pats goalie came across to attempt the save.  The Winterhawks held sway over the shot count with a 16-5 edge in the first.

Second Period
The Pats would start to chip away at the lead early in the frame as Dryden Hunt got on the scoresheet for his first goal in over a calendar year after his injury plagued 2012-13 season.  The Blue and White nearly tied things up with some great chances from Morgan Klimchuk and Boston Leier on the powerplay, but wouldn’t be able to find the back of the net.  The Winterhawks put heavy pressure on the Pats in the second and it was reflected in the shot count as the Hawks led 34-13 after forty.  MacAuley continued to hold the Pats within one goal, but Portland would finally get another past the Prince Albert, SK product.  After extended pressure from the Winterhawks, Taylor Leier ripped a slap shot high into the Pats’ net to establish a two goal cushion for the Hawks after two periods.

Third Period
The final stanza saw the Pats draw within one goal again when Jesse Zgraggen spied Kyle Burroughs sneaking in off the point and hit the Captain with a great pass for Burroughs to send to the back of the net and cut the Winterhawks lead to 3-2.  That would be as close as the Pats would come, though as Chase De Leo restored the two goal lead on a couple of great moves through the Pats defence and to get by MacAuley.  Taylor Leier would strike again, this time on the powerplay, as he tipped a Derrick Pouliot point shot to the back of the Pats’ goal for a 5-3 Portland win.