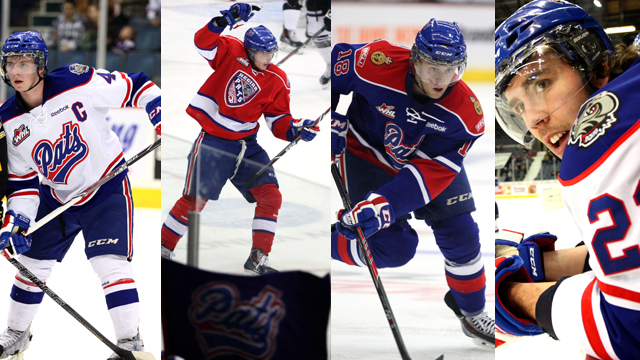 Morgan Klimchuk wraps up his second development camp in Calgary today after being selected in the first round of the 2013 NHL Entry Draft by the Flames.  Klimchuk was third on the Pats this season with 74 points (30G, 44A).  The Pats sniper finished last season playing with the Abbotsford Heat in the AHL.

Kyle Burroughs is attending in his second development camp with the New York Islanders until July 10th.  Burroughs was the Islanders’ 7th round pick in the 2013 NHL Entry Draft.  The Pats captain set a new career high with 40 points (8G, 32A) in just 58 games.

Dmitry Sinitsyn is in Texas for his second development camp with the Dallas Stars until July 12th in Frisco, TX.  2013-14 was Sinitsyn’s first in the WHL and the Russian defender put up 44 points (10G, 34A) to lead Pats defencemen.  Sinitsyn was a 7th round selection of the Stars in 2012.