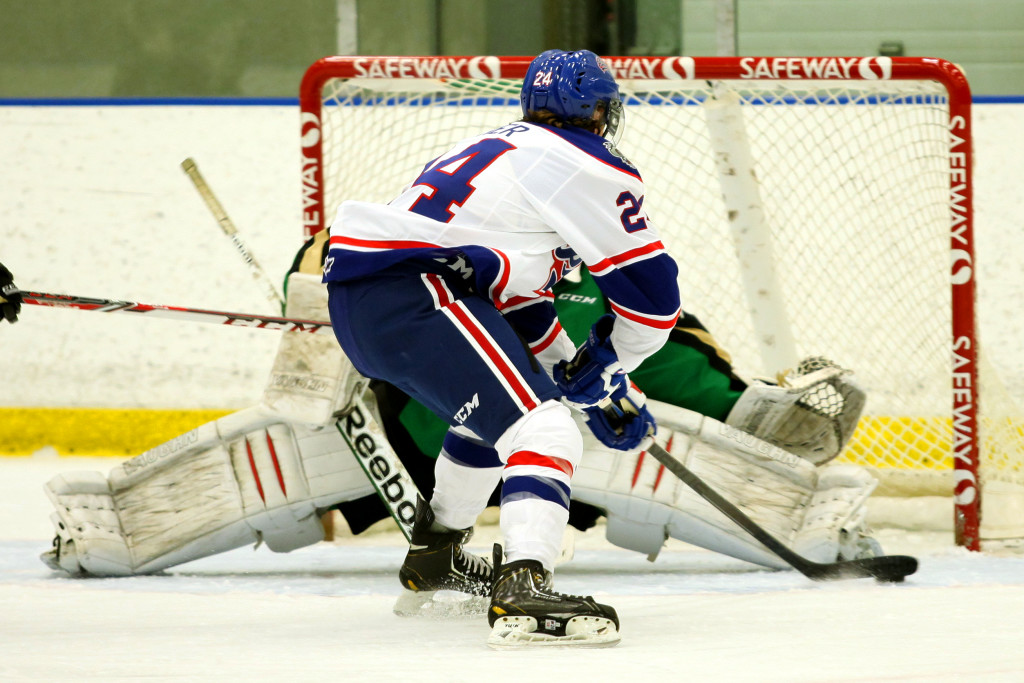 CALGARY, Alta. – Hockey Canada, in partnership with the Canadian Junior Hockey League, announced Friday the 60 players that will attend the Canada West selection camp in preparation for the 2014 World Junior A Challenge.

Among those invited are four players currently on the Pats’ 50-man protected list.  Griffin Mumby and Rylee Zimmer both spent time suited up for the Blue and White along with prospects Adam Berg and Liam Finlay.

The selection camp, scheduled for Dec. 7-9, will be held at the Markin MacPhail Centre at WinSport’s Canada Olympic Park in Calgary. The 60 players will be divided into three teams and play four intrasquad games (two 25-minute, running-time periods each) over two days.

“There were a number of tough decisions we had to make as a staff, which speaks to the depth of talent in the CJHL leagues in Western Canada,” said Cassan. “But, in the end, we’re very excited about these 60 players, and we’re looking forward to getting on the ice in Calgary and working towards Kindersley.”

“The opportunity to compete for a spot to play for your country is quite an accomplishment for these players,” said Kirk Lamb, president of the Canadian Junior Hockey League. “I expect a very competitive camp and am looking forward to seeing Canada West come together and compete for gold in Kindersley.”

The 2014 World Junior A Challenge will be held Dec. 14-20 at the West Central Events Centre in Kindersley, Sask. Canada West will play in Group B, joined by Denmark and Russia, while Canada East, Switzerland and the United States will comprise Group A.

CLICK HERE FOR THE 2014 WORLD JUNIOR A CHALLENGE SCHEDULE

Preliminary round play will run until Tuesday, Dec. 16, with both semifinals taking place Thursday, Dec. 18. The gold medal game, which will be shown nationally on TSN/RDS, the official broadcasters of Hockey Canada, is set for Saturday, Dec. 20 (check your local listings).

All preliminary round games, quarter-finals, semifinals and the bronze medal game can be seen live and free through FASTHockey webcasts at www.hockeycanada.ca/wjac.