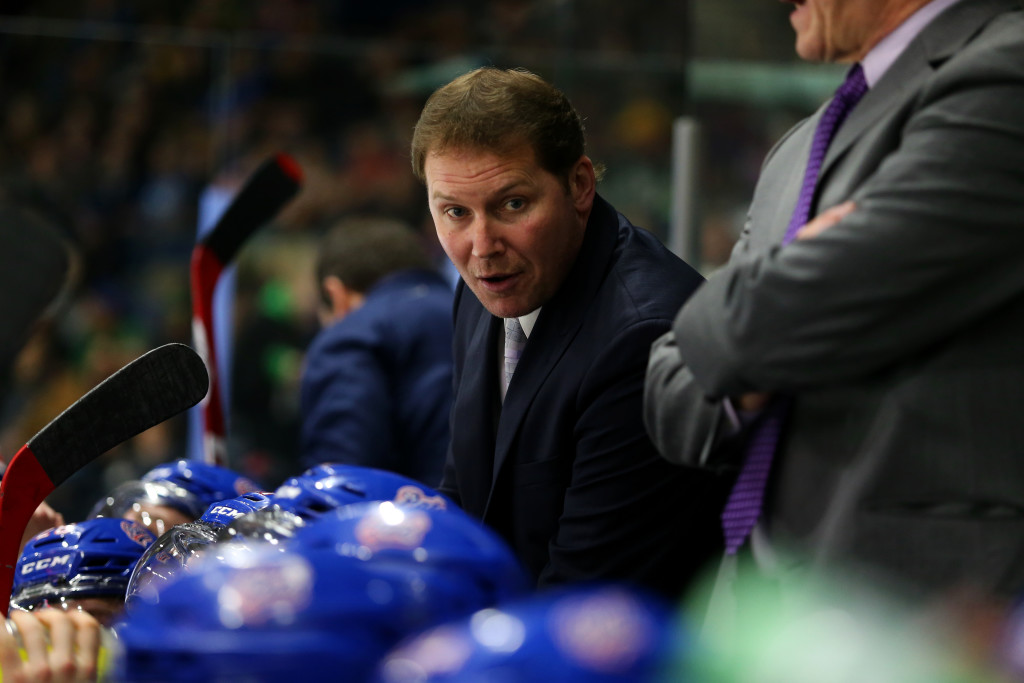 Regina, Saskatchewan – The Regina Pats have reorganized the team’s hockey operations division.  While his role has not changed, John Paddock has added General Manager (GM) to his title along with Senior VP of Hockey Operations and Head Coach.

Assistant Coach Dave Struch’s role is expanding to include being the team’s new Assistant General Manager.  Further, Gord Pritchard, currently the Director of Corporate Affairs will now be the Assistant to the GM.

“When Dave and I started working together it became pretty clear early on that we had similar ideas and philosophies about what makes an organization successful,” said Head Coach John Paddock.  “As the season went on, our communication and trust grew which made elevating Dave’s role with the team a no-brainer.”

Other moves include extending the contract of Goaltender Coach Rob Muntain.  In addition, the Pats are pleased to announce the contract extensions for the team’s Athletic Therapist Greg Mayer and Equipment Manager Gord Cochran.

The Regina Pats regret to announce that Assistant Coach Darrin McKechnie will not be returning to the team as of June 1.  McKechnie, an Inspector with the Regina Police Service (RPS), recently received a promotion.

“I am sorry to lose Darrin as he is a great coach,” said Coach Paddock.  “It is clear he is a valuable member of the Regina Police Service with a long and distinguished career dedicated to public safety. We wish him all the best.”

A search will begin immediately to replace Coach McKechnie.