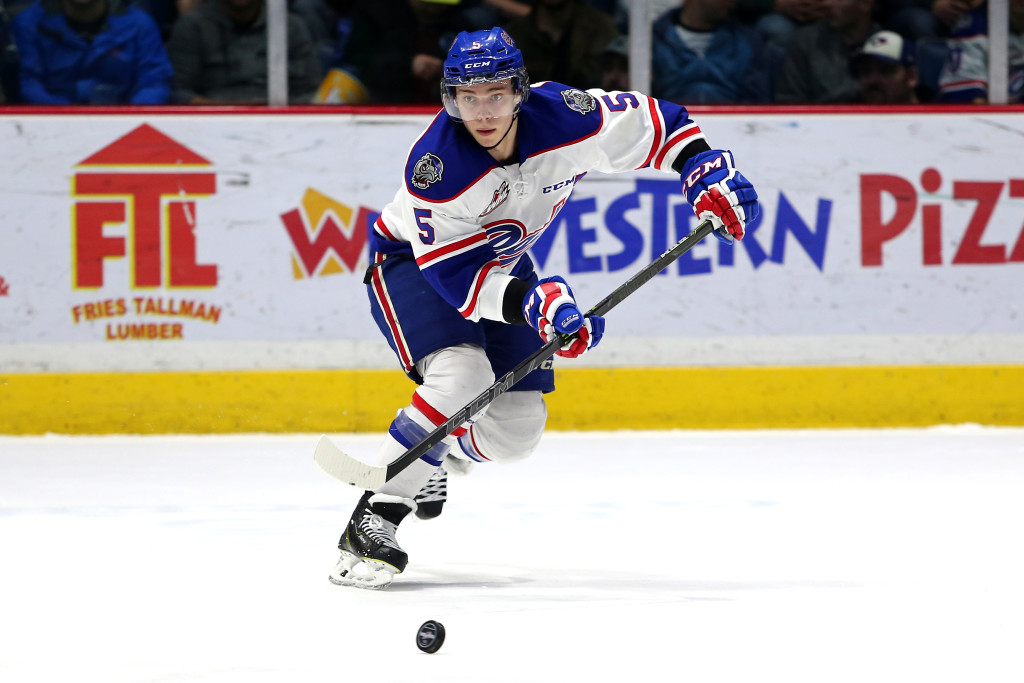 Regina, Saskatchewan – Regina Pats Head Coach and GM John Paddock announced today the team will be without defenceman Colby Williams to start the season.  The over-ager sustained an upper body injury in July and will be out indefinitely.

“There is no one more disappointed in this news than Colby,” said Head Coach and GM John Paddock.  “Our team is ready to support Colby through the rehab process and we look forward to his return to the ice.”

Williams, a prospect of the Washington Capitals, enjoyed a career season in 2014-15.  The Regina native was named a WHL Eastern Conference Second Team All-Star, the Regina Pats MVP and Top Defenceman.  He posted 41 points (11G, 30A) and was among the league leaders in plus/minus with a +45 rating.  The breakout season led to Williams being drafted by the Capitals in the fifth round, 173rd overall, of the 2015 NHL Entry Draft.

Williams is expected to make a full recovery and return to action during the 2015-16 season.