WHL Awards To be Handed Out Wednesday 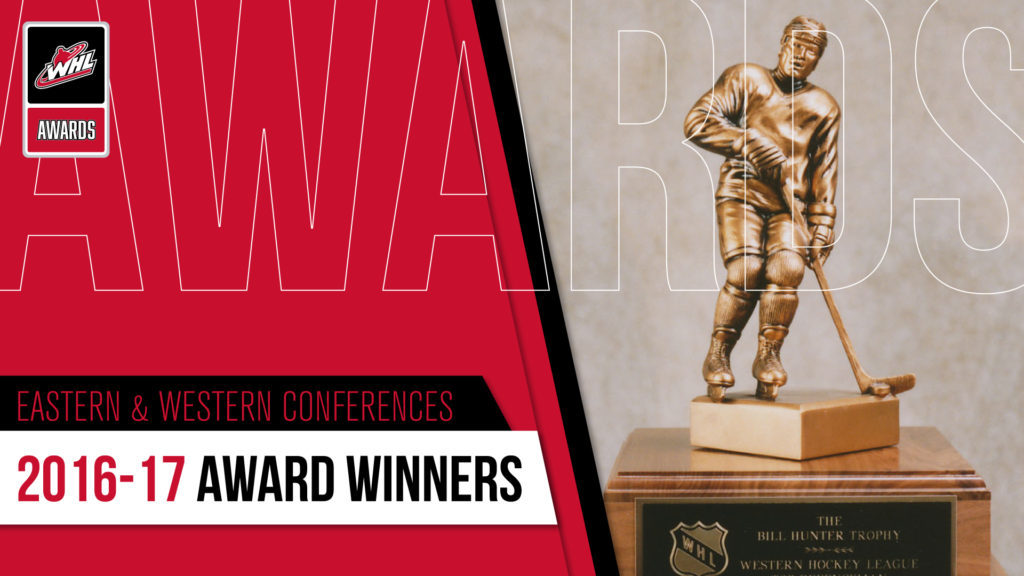 The 2017 WHL Awards Luncheon will begin at 11:30 a.m. on Wednesday at the Deerfoot Inn and Casino in Calgary, Alberta.

Three members of the Regina Pats are up for four separate awards. John Paddock is the Eastern Conference Nominee for the Dunc McCallum Memorial Trophy as Coach of the Year. He is also the nominee from the East for the Lloyd Saunders Memorial Trophy as Executive of the Year. Paddock won WHL Coach of the Year in 2015 and is up against the Portland Winterhawks’ Mike Johnston for the 2017 award. The Kelowna Rockets Bruce Hamilton is the Western Conference nominee for Executive of the Year.

Forward Sam Steel will find out if he is the WHL Player of the Year on Wednesday afternoon, he is up against the Seattle Thunderbirds Matt Barzal. Steel, a prospect of the Anaheim Ducks, led the entire CHL with 131 points this season and will also receive the Bob Clarke Trophy as the WHL’s Top Scorer.

The Pats kick off the 2017 WHL Championship Series, presented by Rogers, on Friday at the Brandt Centre at 7 p.m.