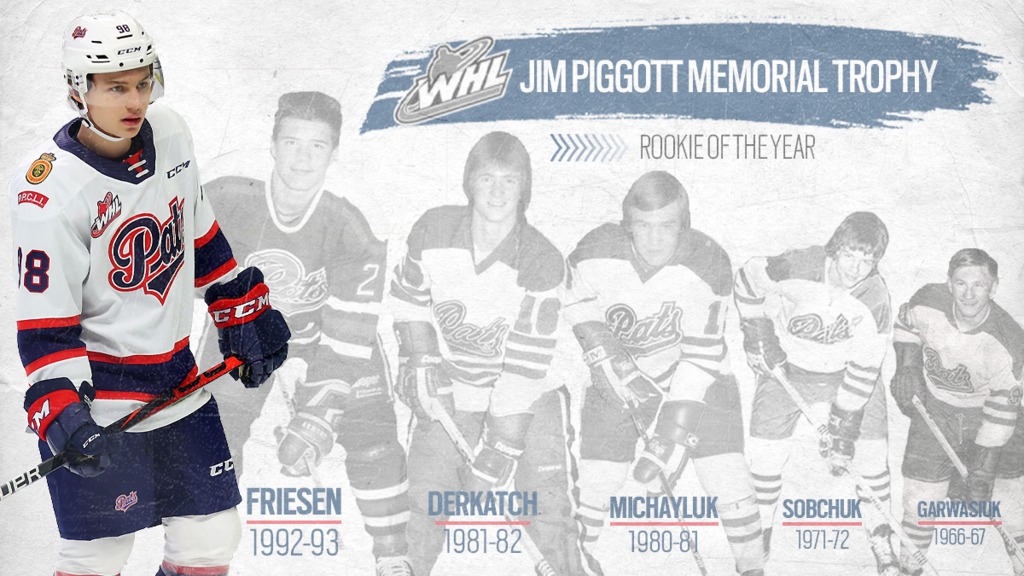 Bedard was announced Wednesday as the WHL’s 2020-21 Rookie of the Year, claiming the Jim Piggott Memorial Trophy after posting 12 goals and 16 assists to lead all first-year players in scoring.

“Coming into the season it was a goal of mine to be Rookie of the Year. Being able to win it, especially with all the other rookies that had such great seasons, is really special and exciting,” said Bedard, who appeared in 15 of the Pats’ 24 games this season and finished tied with Ryker Evans for the team lead in points.

“I’m looking forward to the upcoming season, as I can’t wait to get back to Regina with my teammates and finally play in front of our fans, who I’ve heard so much about.”

Last spring the North Vancouver, B.C. product was the first player granted exceptional status in WHL history and didn’t disappoint after being selected first overall by Regina in the 2020 WHL Draft.

📢 Anyone else see this coming?

His 28 points this season were the most in the WHL when he departed the Regiment to join Team Canada at the IIHF U18 World Championship in Texas. Bedard’s 1.87 points per game was the second-best rate in the WHL this season behind only Edmonton Oil King and fellow Team Canada U18 member Dylan Guenther.

Amongst rookies, Bedard led outright in goals (12), points (28), shots on goal (70), and power play points (10). Bedard tied with Swift Current Bronco Matthew Ward for the rookie lead in assists with 16.

“It’s another acknowledgement of who he is and what he’s done to this point in his young career as a person and player, and he’s being rewarded for it,” Pats head coach Dave Struch said of Bedard’s first major WHL award.

“There’s going to be little victories like this throughout his career and they’re all part of his development. This will be one of those things for him to build on.”