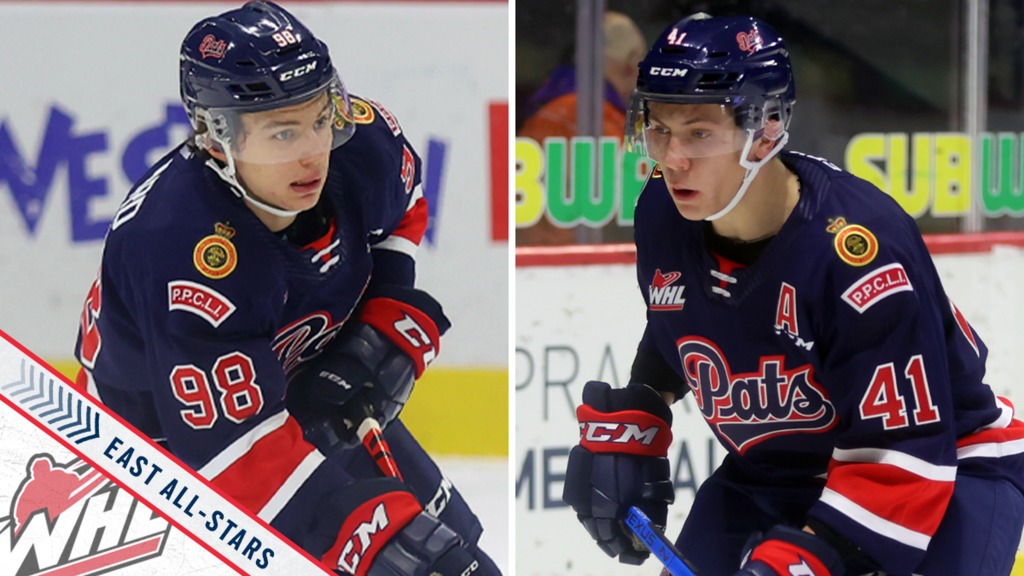 REGINA – Forward Connor Bedard and defenceman Ryker Evans were acknowledged Monday as two of the WHL’s best in the East Division.

The 15-year-old exceptional rookie centre and veteran rearguard were both named to the WHL’s East Division All-Star team after posting 28-point seasons inside the Subway WHL Hub.

Bedard, the first-overall pick in the 2020 WHL Draft, didn’t disappoint during his abbreviated rookie season in the Queen City, posting 12 goals and 16 assists. He departed the Pats April 10 as the WHL’s leading scorer before going on to help Canada claim gold at the IIHF U18 World Championship in Texas.

The Western Hockey League has named the East Division All-Star team for the 2020-21 season. #WHLAwards

Meanwhile for Evans, 2020-21 was another clear progression in his budding hockey career. Regina’s Player of the Year, Evans finished second in WHL defencemen scoring (3G-25A), as his point per game production more than doubled from a year ago to 1.17 this season.

The WHL’s awards season continues tomorrow, as the East Division’s individual awards are set to be announced. Bedard is Regina’s nominee for rookie of the year, while Evans is the club’s nominee for player of the year and defencemen of the year.