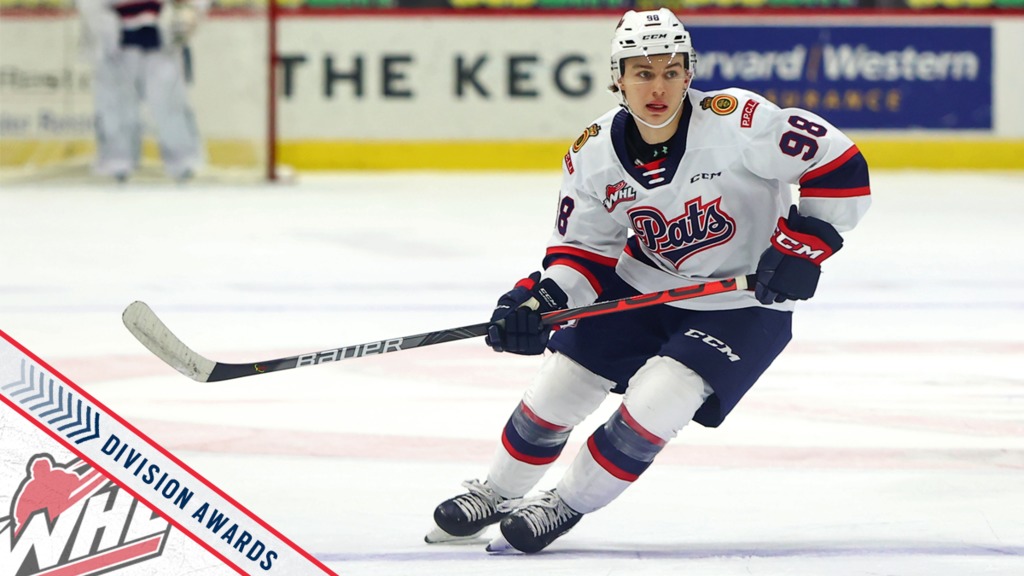 REGINA – A day after being named to the WHL’s East Division All-Star team, the worst kept secret from the Subway WHL Hub is official.

Connor Bedard was named Tuesday as the WHL East Division Rookie of the Year for 2020-21.

As you’ve read before and will read again, the North Vancouver, B.C. product was every bit of his exceptional status, posting 12 goals and 16 assists in just 15 games this season for the Pats. His 28 points were the most in the WHL when he departed the Regiment to join Team Canada at the IIHF U18 World Championship in Texas.

With the award, Bedard becomes the East Division’s nominee for the Jim Piggott Memorial Trophy as the WHL’s Rookie of the Year. Bedard is looking to become the first Pat to win the award since Jeff Friesen in 1992-93.