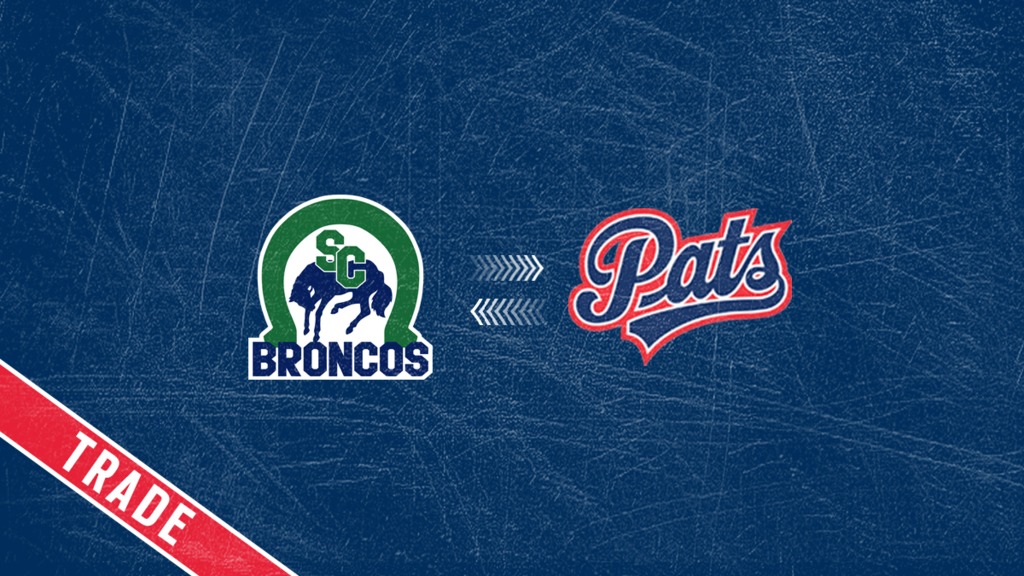 REGINA – The Regina Pats announced Thursday the club has dealt 17-year-old defencemen Daylan Weigel to the Swift Current Broncos in exchange for a fifth-round pick in the 2021 WHL Draft.

Weigel was drafted by the Pats 130th overall in the 2018 WHL Bantam Draft and spent the 2019-20 season with the Saskatoon Blazers U18 AAA team, registering 26 points (6G-20A) in 42 games. The Warman, Sask. product appeared in one game with the Pats last season, making his WHL debut February 5 in Saskatoon against the Blades.

The 2021 WHL Draft is scheduled for December of this year, with 2006-born players eligible to be selected.