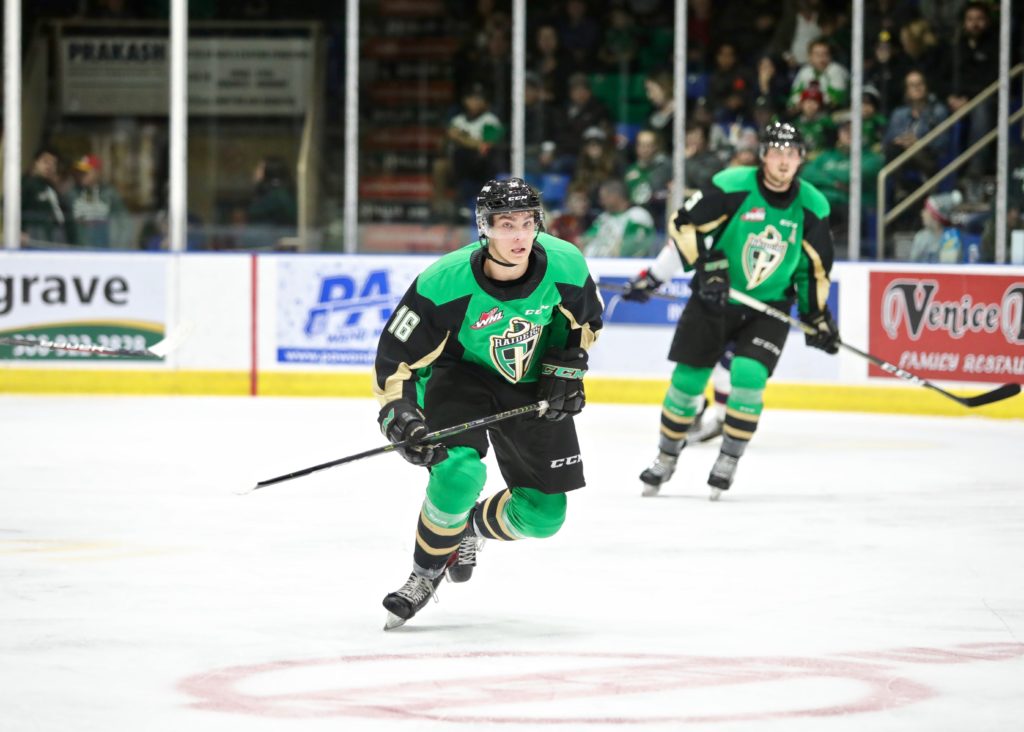 The Regina Pats Hockey Club has announced they have traded 19-year-old goaltender Max Paddock to the Prince Albert Raiders. In exchange the Pats receive 17-year-old forward Jakob Brook, a second-round pick in 2020 and a conditional third round pick in 2022 based on Paddock being back as a 20-year-old next year.

Brook (6’2, 184), was drafted in the second round of the 2017 WHL Bantam Draft, 40th overall. The product of Roblin, Manitoba has put up nine goals and 21 points in 99 games to start his career. This season he has three goals and nine points in 38 games. Brook played in 23 playoff games last year, en route to winning a WHL Championship with the Raiders.

“We are excited to add Jakob to our group,” said Pats VP of Hockey Operations and General Manager John Paddock. “He is a good young player with a lot of speed who will be a big part of our team going forward.”

“We wish Max all the best in Prince Albert,” added Paddock. “He has been our MVP so far this season and has been a great Pat over the last three years.”

In the trade, the Pats add another pick to the 2020 Bantam Draft. Currently the Pats hold a first (Swift Current’s), two seconds (Kamloops or Prince Albert’s and Everett’s) and three fourth round picks (Regina’s, Seattle’s and Kelowna’s) to start the draft.