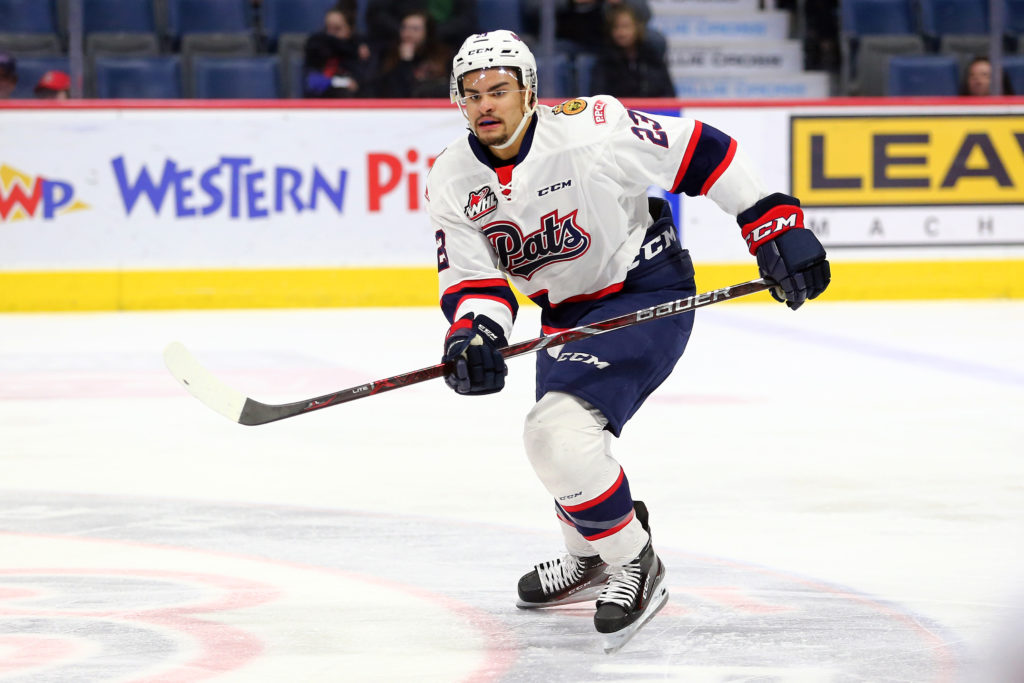 The Regina Pats Hockey Club has announced they have acquired a second-round pick in 2019 and a sixth-round pick in 2020 from the Vancouver Giants in exchange for 19-year-old forward Jadon Joseph.

Joseph was acquired from the Lethbridge Hurricanes on November 30 and put up two goals and six points in 13 games with the Pats. For the season, the product of Sherwood Park, Alberta has 12 goals and 13 assists in 36 games.

“We wish Jadon success in Vancouver,” said Pats VP of Hockey Operations and General Manager John Paddock. “While it’s always tough to trade away a good player, the draft picks coming back in the deal are important for the future of our hockey team.”

The Pats now own five draft picks in the first three rounds of the 2019 WHL Bantam Draft, one first round pick, one second round selection and three picks in the third round.