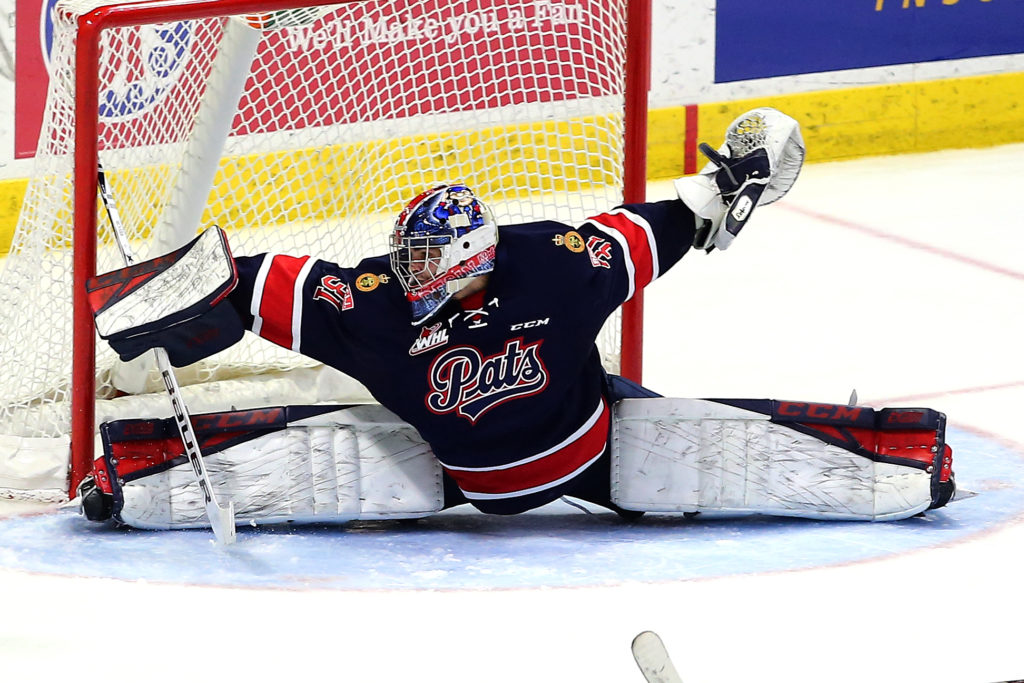 The Regina Pats Hockey Club has traded 19-year-old goaltender Dean McNabb to the Winnipeg ICE in exchange for a 2021 seventh round WHL Bantam Draft pick.

McNabb was acquired by the Pats ahead of the 2018-19 season from the Victoria Royals. He appeared in 28 games with Regina last season, going 8-16-0-1 with a 4.20 goals against average and an .875 save percentage as well as his first career WHL shutout.

“We wish Dean all the best in Winnipeg,” said Pats VP of Hockey Operations and General Manager John Paddock. “He has been a credit to our organization, and we know he will do the same with the ICE.”

McNabb is entering his third season in the WHL, he was originally drafted in the third round, 61st overall by the Victoria Royals in 2015.

Regina will start the regular season on Friday at home against the Moose Jaw Warriors at 7 p.m. at the Brandt Centre. Single game tickets, Season tickets and split season packages for the 2019-20 season are available now by visiting reginapats.com.