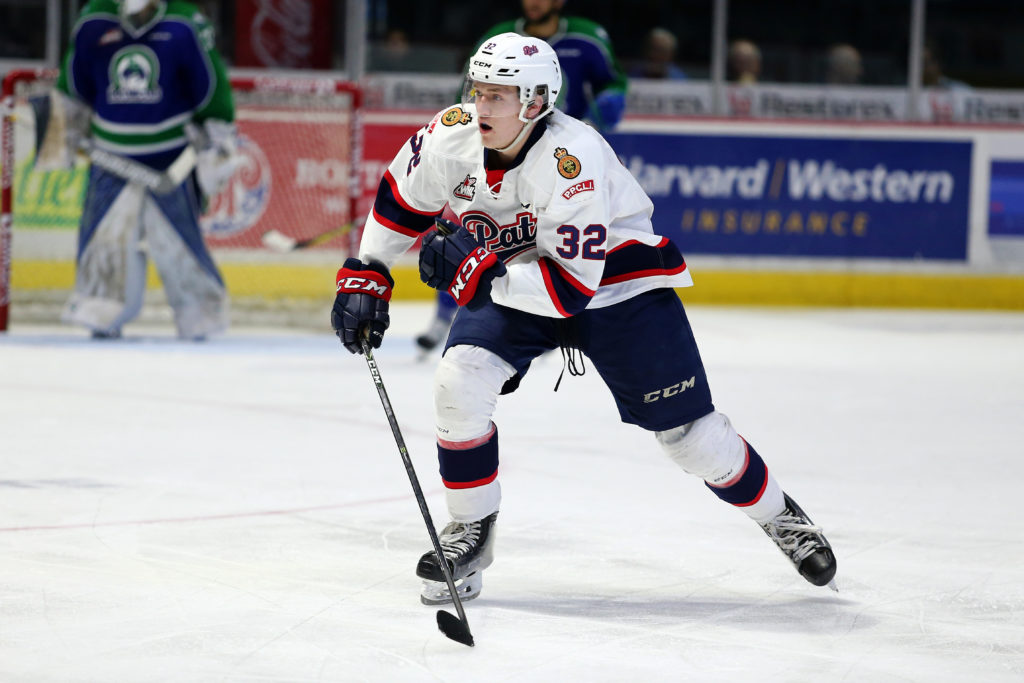 The Regina Pats Hockey Club has announced they have re-acquired 20-year-old forward Robbie Holmes from the Everett Silvertips in exchange for a fifth and sixth round pick in the 2020 WHL Bantam Draft.

Holmes (6’2, 187), played 148 over four seasons for the Pats before being traded to Everett prior to the 2019 Trade Deadline. The product of Sherwood Park, Alberta put up four goals and eight points in 10 games in the playoffs, after a regular season total of 26 points in 50 games between Regina & Everett.

“We are happy to bring Robbie back to Regina,” said Pats VP of Hockey Operations and General Manager John Paddock. “He will be a big part of our team this season.”

Holmes was drafted by Regina in the 11th Round, 232nd overall in the 2014 Bantam Draft and has played in 174 regular season games in the WHL, putting up 32 goals and 66 points.

Season tickets for the 2019-20 season are now on sale at reginapats.com. Check out the Split Season Tickets and Flex-34 options.