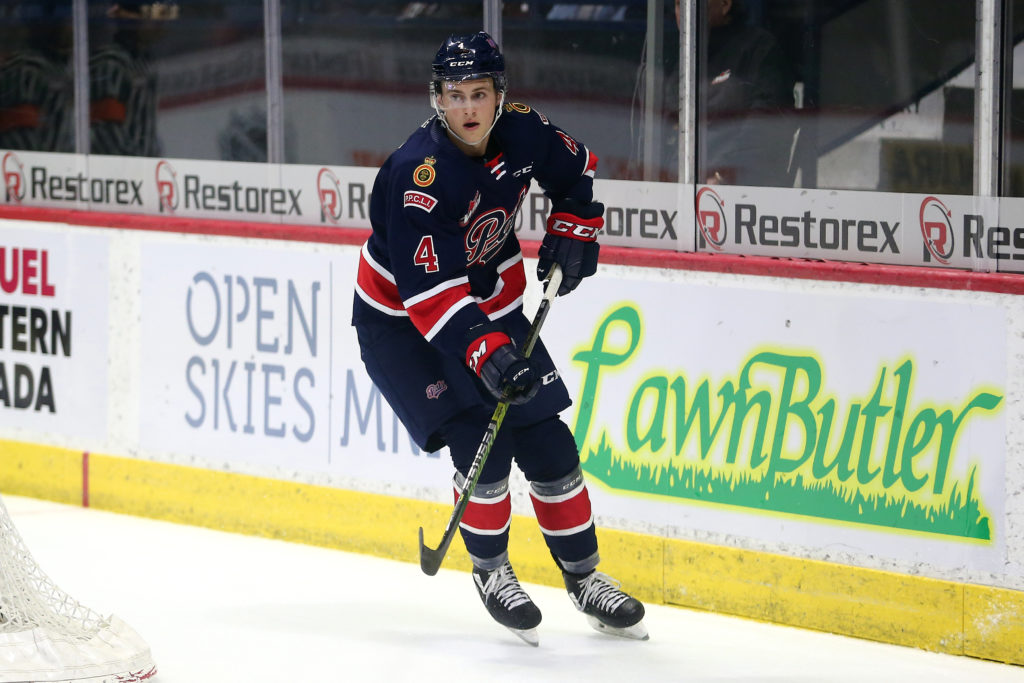 The Regina Pats Hockey Club has announced they have traded 18-year-old defenceman Tyson Feist to the Kelowna Rockets in exchange for a fourth-round pick in the 2020 WHL Bantam Draft.

Feist was acquired by the Pats from Spokane in January of 2019, he played in 53 games with Regina, tallying 11 assists. For his career, he has put up 16 assists in 86 games with the Pats and Chiefs.

“We wish Tyson all the best in Kelowna,” said Pats VP of Hockey Operations and General Manager John Paddock. “He is a great person and we look forward to watching him compete for the Memorial Cup in May.”

In the trade, the Pats add another pick to the 2020 Bantam Draft. Currently the Pats hold a first (Swift Current’s), second (Everett’s) and three fourth round picks (Regina’s, Seattle’s and Kelowna’s) to start the draft.