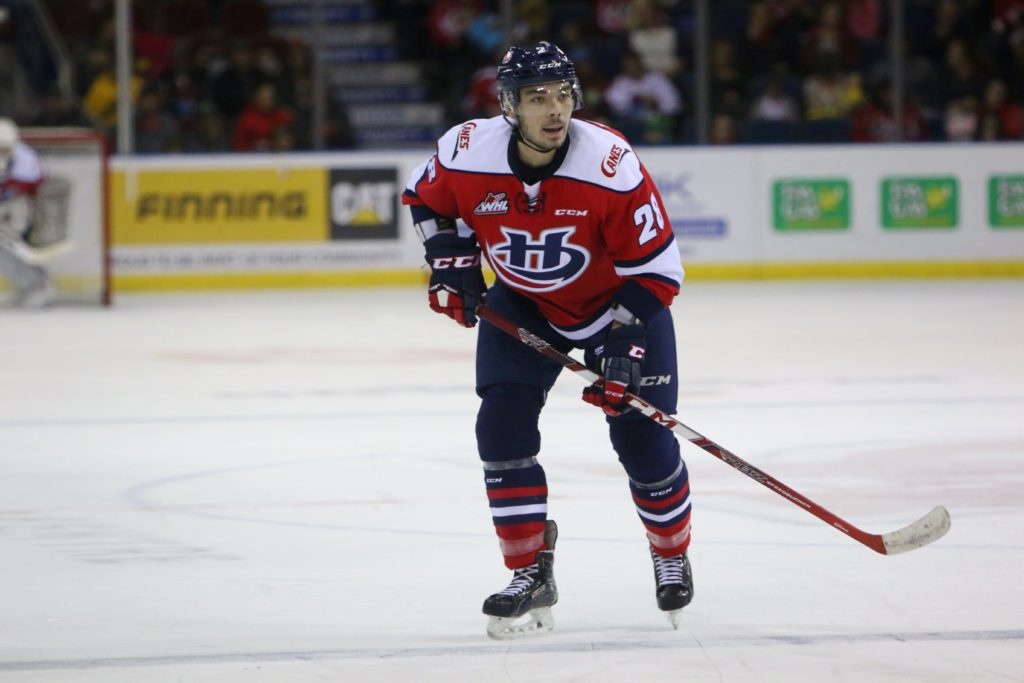 The Regina Pats Hockey Club is pleased to announce they have acquired 19-year-old defenceman Brady Pouteau from the Lethbridge Hurricanes in exchange for a seventh round pick in the 2019 WHL Bantam Draft.

Pouteau (6’3, 204) has put up a goal and 10 assists in 31 games with the Hurricanes this year. This will be his second tour of duty with the Pats, he was originally drafted by Regina in the fourth round of the 2013 WHL Bantam Draft.

“Brady is a nice addition to our defence corps” said Pats Head Coach and GM John Paddock. “He was an integral part of the Hurricanes making the Eastern Conference Championship series last year and we look forward to having him back in Regina.”

Pouteau has played in 122 games in his WHL career, the product of Oak Bluff, MB has scored four goals and has 26 assists. He has played in 23 playoff games, putting up five assists.