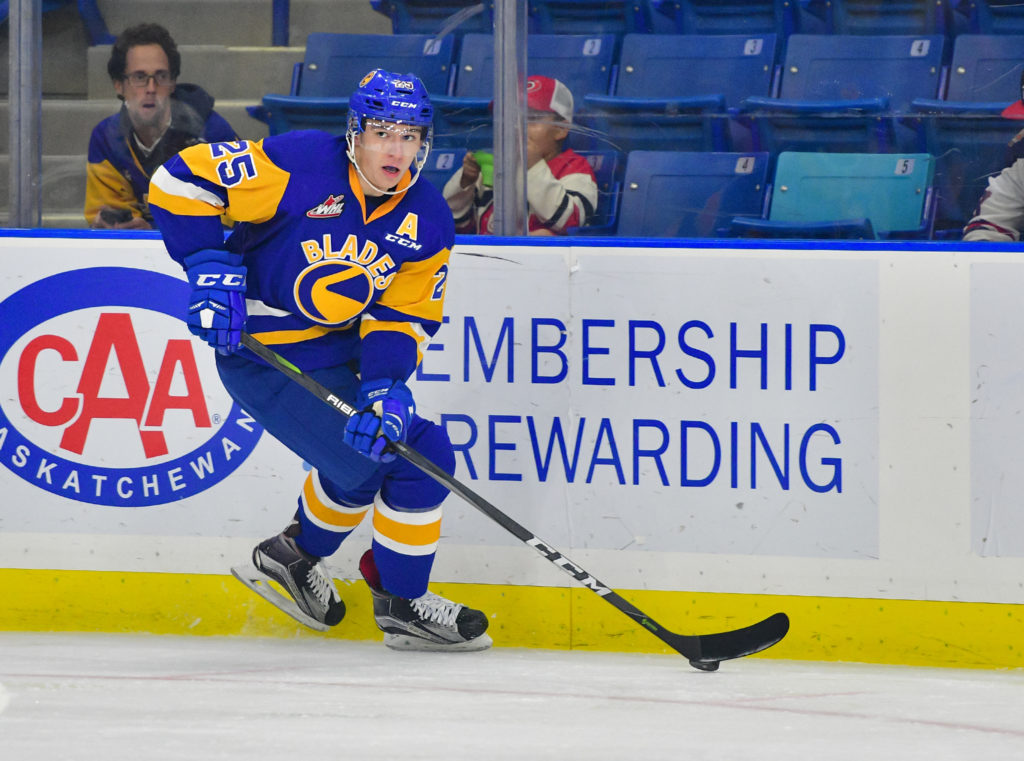 The Regina Pats Hockey Club is pleased to announce they have acquired Tampa Bay Lightning prospect defenceman Libor Hajek from the Saskatoon Blades. In exchange the Pats send 19-year-old defenceman Dawson Davidson, prospect forward Tristen Robins and a first round pick in 2019 to the Blades.

“We are really excited to add Libor to our club,” said Pats Head Coach and GM John Paddock. “He is among the best defencemen in our league and will be a big part of our team going forward.”

Hajek, a second round pick of the Lightning in 2016, just finished representing the Czech Republic at the World Junior Hockey Championships where he had a goal and seven assists in seven games. The Czechs finished in fourth place.

Davidson was acquired by the Pats from the Kamloops Blazers in December of 2016. The Moosomin, Saskatchewan product has nine goals and 37 points in 83 games with Regina.

“Dawson has been a big part of our team over the last year,” added Paddock. “We wish him nothing but the best in Saskatoon.”

Robins was selected in the fourth round of the 2016 WHL Bantam Draft by the Pats. The 16-year-old is currently playing at the Rink Hockey Academy where he has 10 goals and 22 points in 17 games.