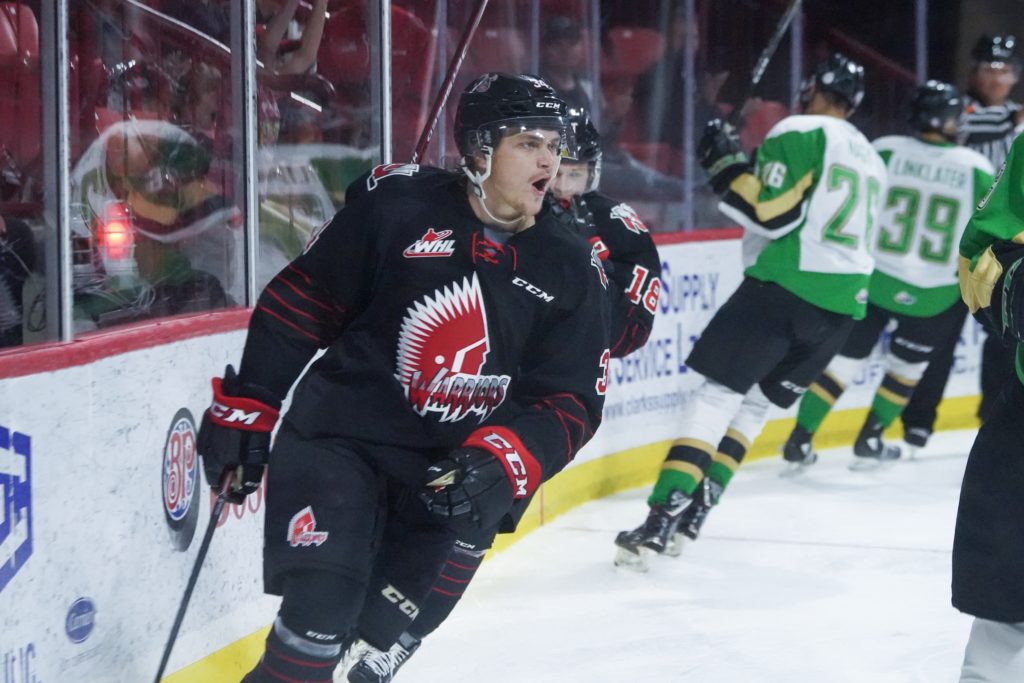 Denomie (6’0, 196), is enjoying a career year with five goals and 13 points through the first 19 games of the season with Moose Jaw. He has appeared in 152 games in the WHL, between Moose Jaw and Kamloops, putting up 19 goals and 49 points.

“We are happy to add Carson to our forward group,” said Pats VP of Hockey Operations and General Manager John Paddock. “He is a hometown kid and off to a great start this year.”

Denomie, from Regina, Saskatchewan was originally drafted in the fifth round of the 2015 WHL Bantam Draft by the Kamloops Blazers. He played with the Regina Pat Canadians from 2015-2017, winning an SMHL Championship win 2017. He put up 16 goals and 46 points that season and was named to the SMHL Second All-Star Team.

“We wish Garrett all the best in Moose Jaw,” said Paddock. “He has been a good player for us on and off the ice over the last year and a half.”

The Pats will return to action on Tuesday night when they host the Swift Current Broncos at 7 p.m. at the Brandt Centre. Tickets are available at reginapats.com, the Brandt Centre Box Office or at any Regina Safeway where Fun Zone vouchers are $13 plus tax.