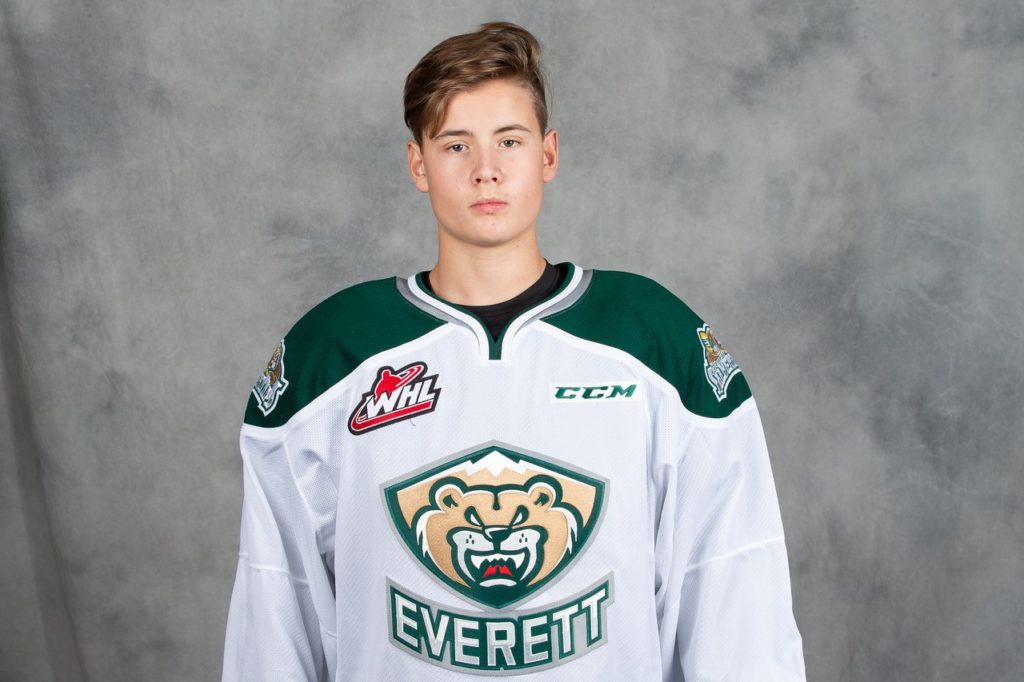 The Regina Pats Hockey Club has announced they have acquired 15-year-old prospect Sloan Stanick, a second-round pick in 2020 and a sixth-round pick in 2022 from the Everett Silvertips in exchange for 19-year-old forward Robbie Holmes.

Stanick (5’9, 152) from Rapid City, Manitoba was drafted by the Everett Silvertips in the seventh round of the 2018 WHL Bantam Draft. This season, in his first year of Midget with the Yellowhead Chiefs, Stanick has scored 12 goals and has 12 assists for 24 points in 31 games.

“We are excited to add Stanick to our organization,” said Pats VP of Hockey Operations and GM John Paddock. “Adding youth and two more draft picks is big for the future of our team.”

Holmes was drafted in the 11th round of the 2014 WHL Bantam Draft by the Pats. He has put up nine goals and 16 points in 24 games this year. The 19-year-old has played in 148 games with the Pats, picking up 56 points. He also played in 35 playoff games in his first three years with the organization.

“We wish Robbie all the best in Everett,” said Paddock. “He has been a great player on and off the ice here in Regina and been a big part of our success over the last four years.”