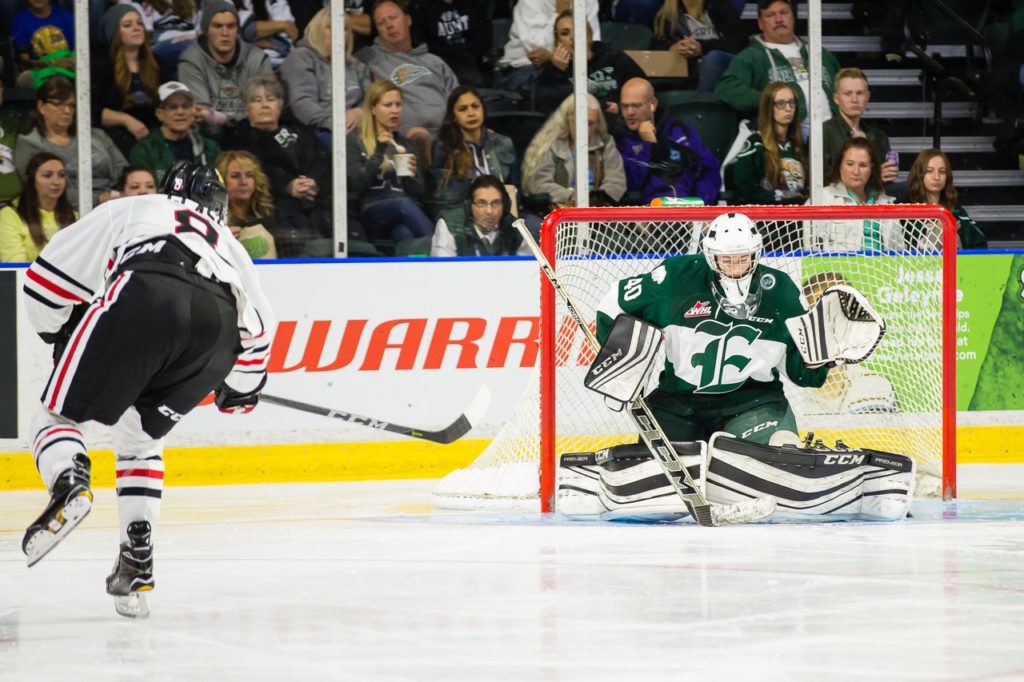 The Regina Pats Hockey Club is pleased to announce they have acquired 18-year-old goaltender Danton Belluk from the Everett Silvertips. In exchange, the Pats send a conditional eighth round pick in 2021 to the Silvertips.

Belluk (6’1, 161) was drafted by the Silvertips in the 10th round of the 2016 WHL Bantam Draft. He appeared in two WHL regular season games with Everett in the 2017-18 season. The product of Lorette, MB put up a 2.90 goals against average and a .922 save percentage in 27 games with the Eastman Selects of the Manitoba Midget Hockey League last year.

“We are happy to add Denton to our group,” said Pats VP of Hockey Operations and General Manager John Paddock. “He has had a strong midget career and we look forward to him joining our team for this season.”

Belluk was named to the MMHL Second All-Star Team last year, he signed with the Silvertips in August of 2017.

Regina will start the regular season on Friday at home against the Moose Jaw Warriors at 7 p.m. at the Brandt Centre. Single game tickets, Season tickets and split season packages for the 2019-20 season are available now by visiting reginapats.com.