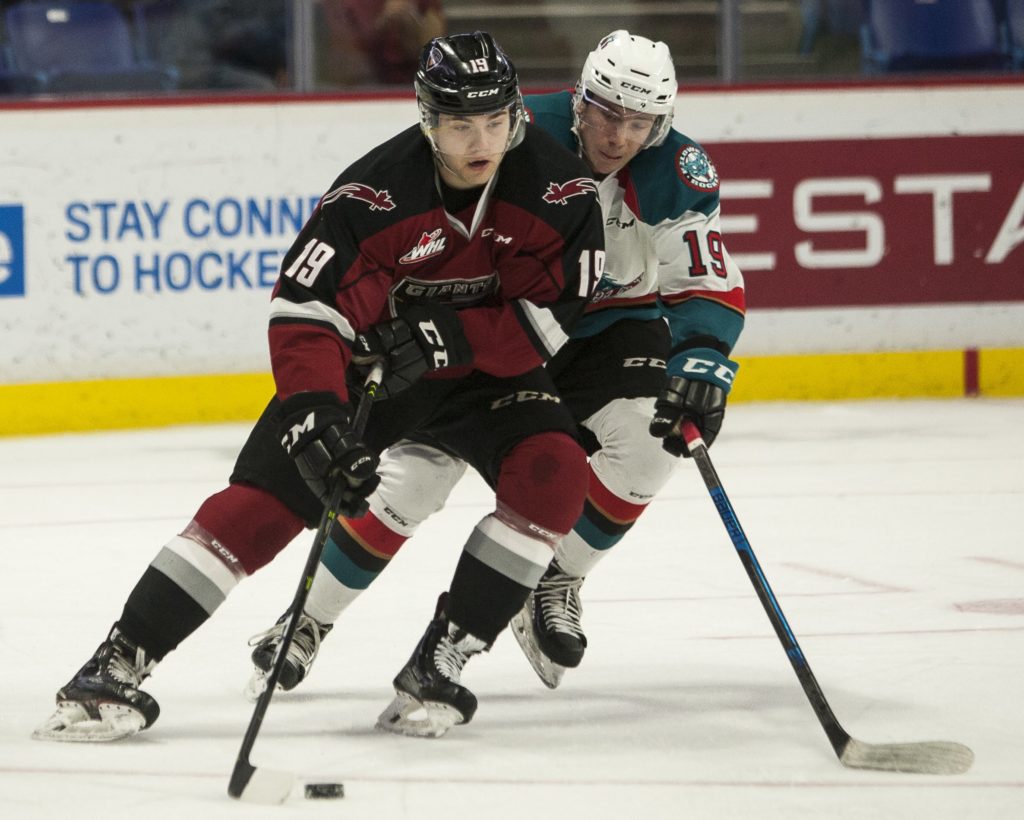 Holt (5’11, 195), is coming off a run to the WHL Championship series with the Giants. The product of Saskatoon put up seven goals and 16 points in 22 games in the playoffs, after a regular season total of 19 points in 53 games. Holt was drafted eighth overall in the 2014 Bantam Draft and has played in 200 regular season games in the WHL, all with the Giants, putting up 25 goals and 76 points.

“We are happy to add Dawson to our club,” said Pats VP of Hockey Operations and General Manager John Paddock. “He is a veteran guy who is coming off a really good playoffs and will be a big part of our team this season.”

“We wish Sergei all the best in Vancouver,” said Paddock. “He is headed to a great organization and we know he will help their club.”

With this trade, the Pats will be able to make one selection in the 2019 CHL Import Draft on Thursday. Regina holds the seventh overall pick. The draft will begin at 9 a.m. Regina time.

Season tickets for the 2019-20 season are now on sale at reginapats.com. Check out the Split Season Tickets and Flex-34 options.