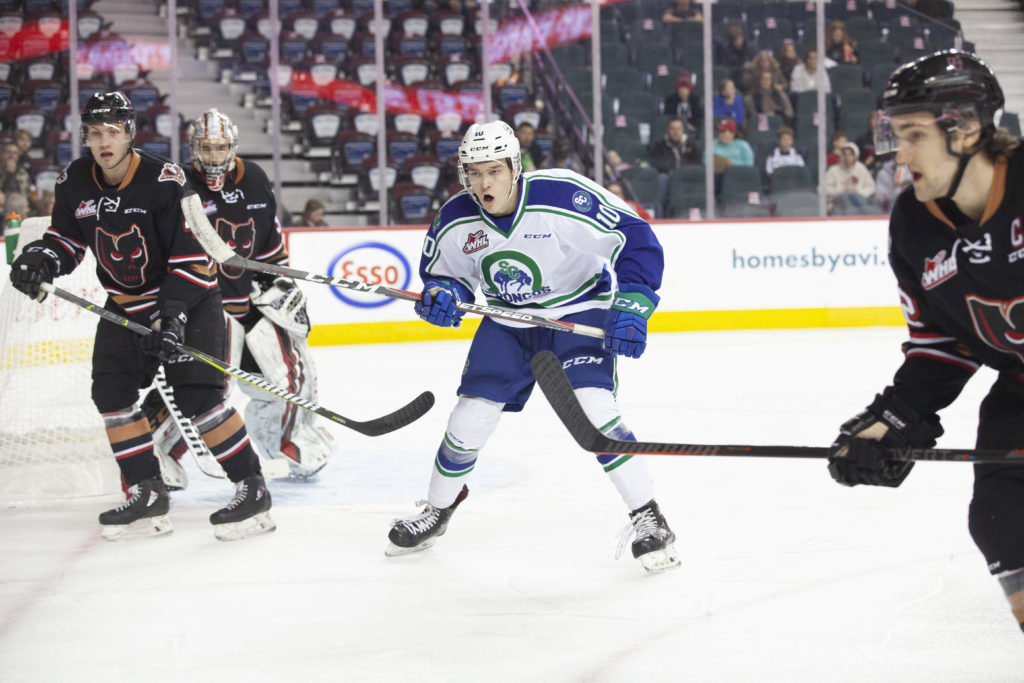 The Regina Pats Hockey Club has announced they have acquired 18-year-old forward Carter Chorney from the Swift Current Broncos in exchange for 17-year-old defenceman Sam McGinley.

Chorney (6’1, 171) was originally a second round WHL Bantam Draft pick by the Spokane Chiefs in 2016. He has played in 120 games in the league between Spokane and Swift Current, scoring 17 goals and 33 points.

“We are looking forward to Carter joining our team,” said Pats VP of Hockey Operations and General Manager John Paddock. “He brings some good ability to our forward group.”

Chorney, from Sherwood Park, Alberta was named the Alberta Bantam Hockey League Rookie of the Year in 2015 where he had 17 goals and 38 points in 33 games with the Sherwood Park Flyers. He also represented Team Alberta at the WHL Cup in 2016-17, winning a gold medal.

“We wish Sam all the best in Swift Current,” said Paddock. “He has been a credit to our team on and off the ice.”

The Pats will return to action on Saturday night at the Brandt Centre against the Prince Albert Raiders for Experience Regina Night with TSN’s Jay and Dan. Tickets are available at reginapats.com, the Brandt Centre Box Office or at any Regina Safeway where Fun Zone vouchers are $13 plus tax.