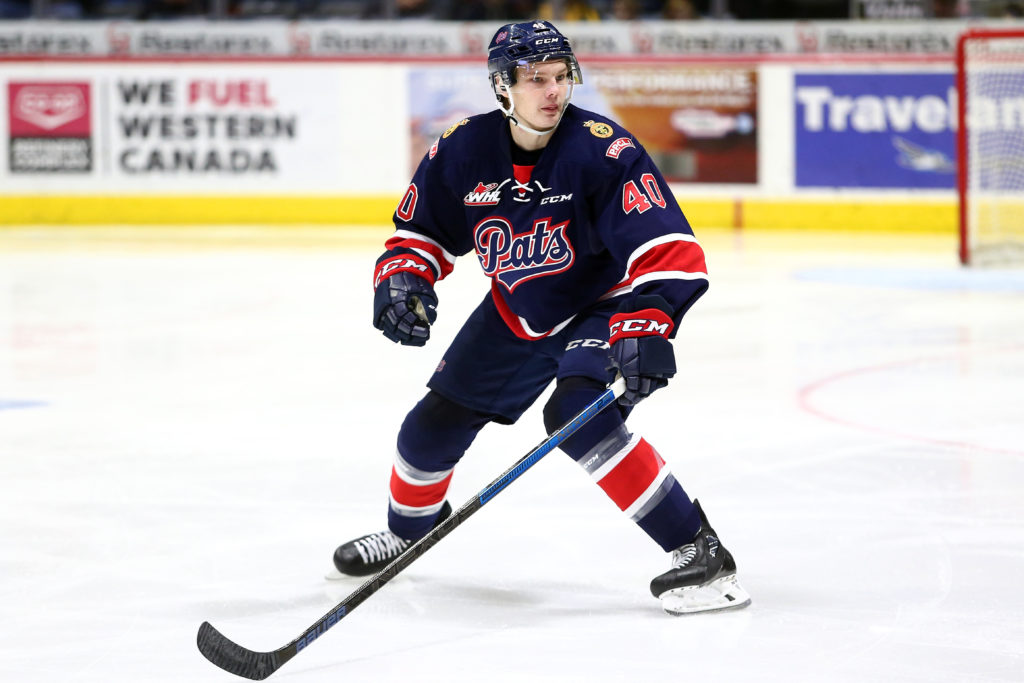 The Regina Pats Hockey Club has announced they have received an eighth-round pick in the 2019 WHL Bantam Draft from the Edmonton Oil Kings in exchange for 19-year-old defenceman Parker Gavlas.

Gavlas (6’0, 184 lbs), was listed by the Pats and signed during training camp in 2017. The Saskatoon product has appeared in 20 games with the Pats over the last two seasons, recording one assist and 23 penalty minutes.

“We wish Parker all the best in Edmonton,” said Pats VP of Hockey Operations and GM John Paddock. “He has been a credit to our organization and we know he will continue that with the Oil Kings.”

With the trade, the Pats roster sits at 23 players, 13 forwards, eight defencemen and two goaltenders.