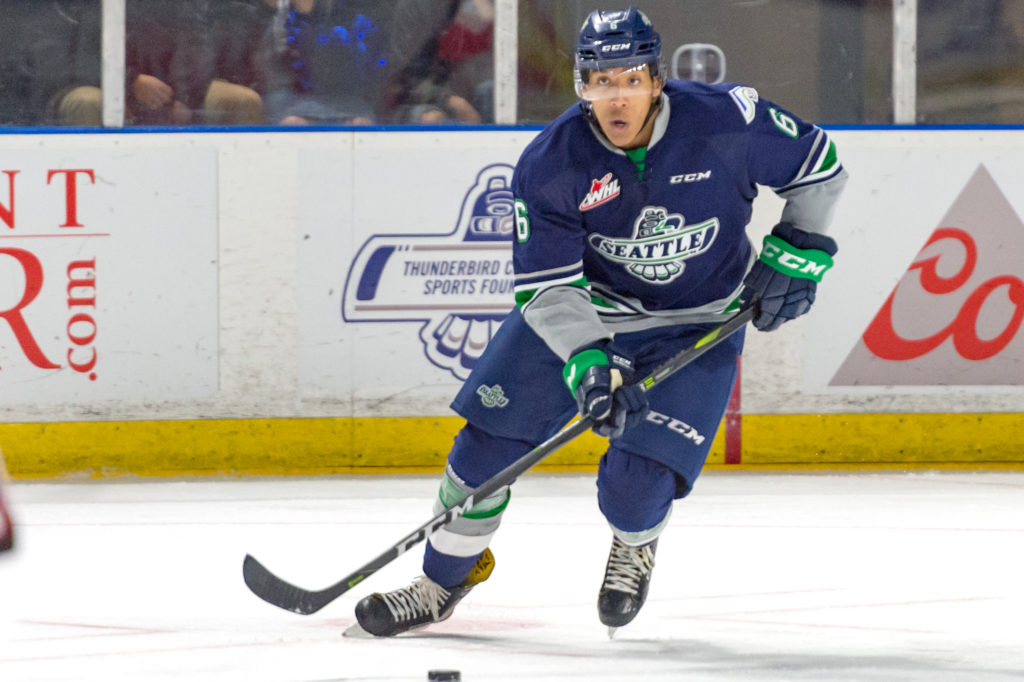 Hyman (6’5, 221) is in his third season in the Western Hockey League, the product of Calgary, Alberta has played in 139 games, scoring four goals, 23 assists for 27 points. This year in Seattle, Hyman has a goal and seven points in 26 games.

“Aaron brings size and playoff experience to our back end,” said Pats Head Coach and GM John Paddock. “He won a league championship and played in the Memorial Cup last season and will fit in great with our group.”

Hyman played in all 20 of the Thunderbirds playoff games last year, scoring a goal and picking up six assists and was a plus four.

Williams was a ninth round pick by Regina in the 2015 WHL Bantam Draft. The product of Delta, B.C. has appeared in 29 games with the Pats, picking up one assist and 16 shots on goal.