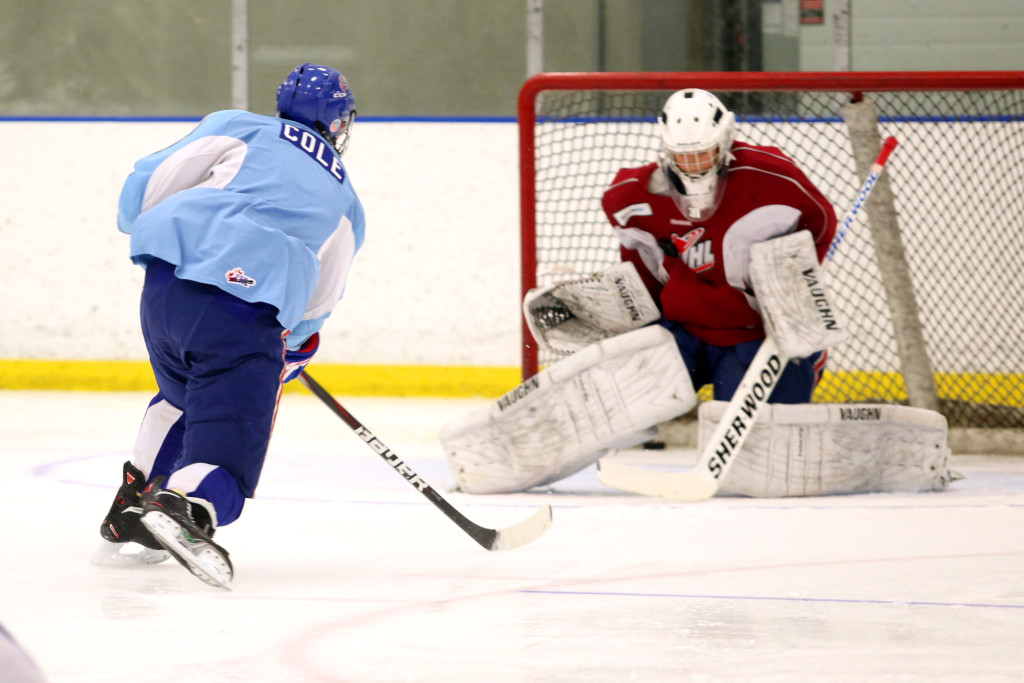 One Regina Pats prospect knew he would be participating in this tournament when the season got going and hopes a year of work will soon pay off.  2012 3rd Round Bantam Draft pick and signed prospect Rykr Cole is a member of the hosting Generals.  Cole and his teammates are the most rested of the squads after bowing out of the SMAAAHL playoffs in their first round matchup with the Regina Pat Canadians.

“(The layoff) has been real good.  Lots of rest and just having some time off has been good,” said Cole just days away from the tournament opener.  “I think in the past two weeks we’ve been having a lot of hard practices and just getting back up to game tempo.  I think that’s what we needed with having the Telus Cup in (a few) days now.”

When the Generals open the tournament on Monday, April 21st, it will be the first time the hosts have seen true game action in 45 days since their playoffs came to an end March 7th in Regina.  Cole registered two points (1G, 1A) in four playoff games this year after finishing second on the Generals during the season with 45 points (23G, 22A) in 41 games.

“I think game speed will for sure be there with us being on the ice quite a bit lately.  I think the timing of the game might be off for the start, but I think with the energy and excitement our team will be able to adapt real quick.”

With such a long time in between games, there’s no shortage of excitement to get back into competitive game action.

“Everyone’s been really revved up and ready to play.  I think everyone around here just can’t wait to get that first (game) under our belts.”

Heading into the tournament, Cole feels focusing on what he and his teammates have been working on during their layoff will be a crucial component if they’re going to capture the Telus Cup.

“Our team speed, discipline and just buying into systems.  We’ve been working on our systems every day and I think if we really buy in as a team for this week we can shut down some teams and hopefully hoist the cup.”

The ultimate team goal is to be the final crew standing and accepting the Telus Cup next Sunday, but there are abundant personal opportunities for Cole, his teammates and opponents.

With the proximity to the Queen City it’s an early opportunity for the Moosomin, SK product to start his audition for the 2014-15 edition of the Regina Pats where he is expected to challenge for a spot as a seventeen year old.  His WHL club is hoping to see a consistent game from Cole every night at the tournament.

“I just need to play at a high level.  It’s kind of like the playoffs; anything can happen in six days.  You have to be at the top of your game.  You can’t just have a slow start in Game 1; you have to be ready throughout the tournament and bring your game every day.”

For Cole and all of the players involved in the Telus Cup next week in Moose Jaw, it’s an opportunity to match themselves against the top players the country has to offer.  The experience gained in a flurry of action that will be over all too soon will help build them into stronger players as these young men look to take the next step in their hockey careers.

Rykr Cole isn’t the only prospect for fans to keep their eyes on at Mosaic Place next week.  List prospected Liam Finlay of the Okanagan Rockets will be in action as well.  Be sure to visit ReginaPats.com for coverage of the Pats prospects at the Telus Cup.  For tickets to the event, visit HockeyCanada.ca. 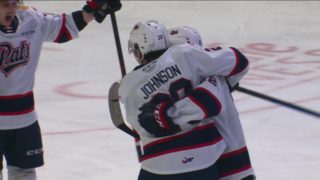