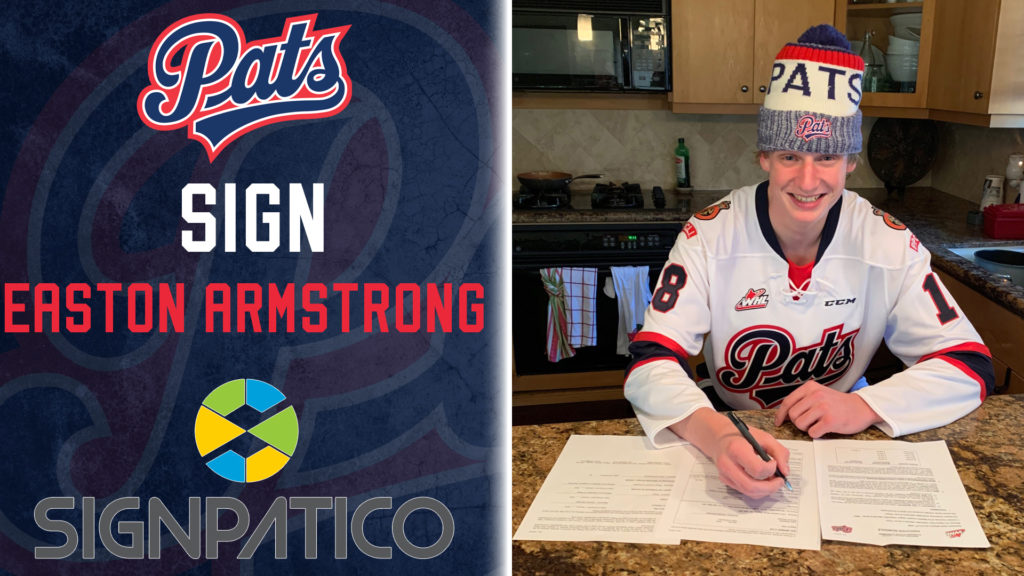 The Regina Pats Hockey Club is pleased to announce they have signed 16-year-old forward Easton Armstrong to a Standard WHL Player Agreement. By signing in the WHL, a player is guaranteed a WHL Scholarship at his institution of choice for every year he plays in the league.

“We are excited that Easton has chosen the Pats and the WHL,” said Pats VP of Hockey Operations and General Manager John Paddock. “He has come a long way since we drafted him two years ago and we look forward to his future with our organization.”

The Pats will return to action on Friday night when they visit the Seattle Thunderbirds at 9:30 Regina time on 620 CKRM. Next home game is January 24 against the Lethbridge Hurricanes. Tickets are available at reginapats.com, the Brandt Centre Box Office or at any Regina Safeway where Fun Zone vouchers are $13 plus tax. 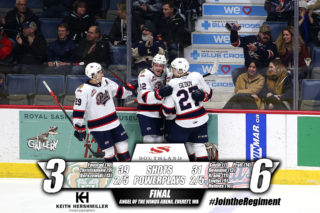