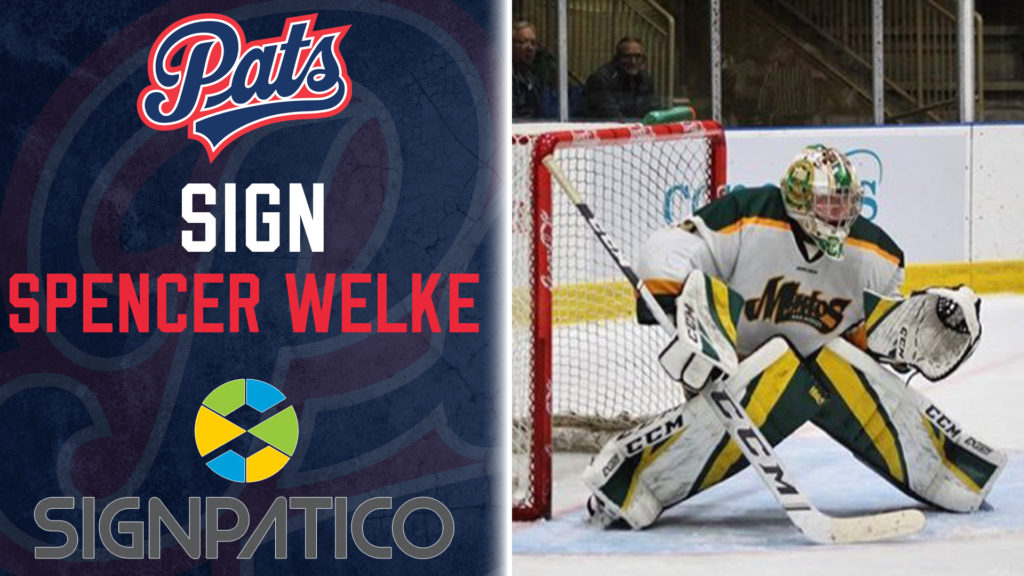 The Regina Pats Hockey Club is pleased to announce they have signed 17-year-old goaltender Spencer Welke to a WHL Standard Player Agreement, presented by Signpatico. By signing in the WHL, a player is guaranteed a WHL Scholarship at his institution of choice for every year he plays in the league.

“We are excited to sign Spencer,” said Pats VP of Hockey Operations and General Manager John Paddock. “He is having a great season in Prince Albert and brings depth to the position in our organization.”

Welke, from Yorkton, SK, played bantam with the Yorkton Terriers, winning a SBAAHL title in 2016. He is in his second season in the SMHL with the Mintos.