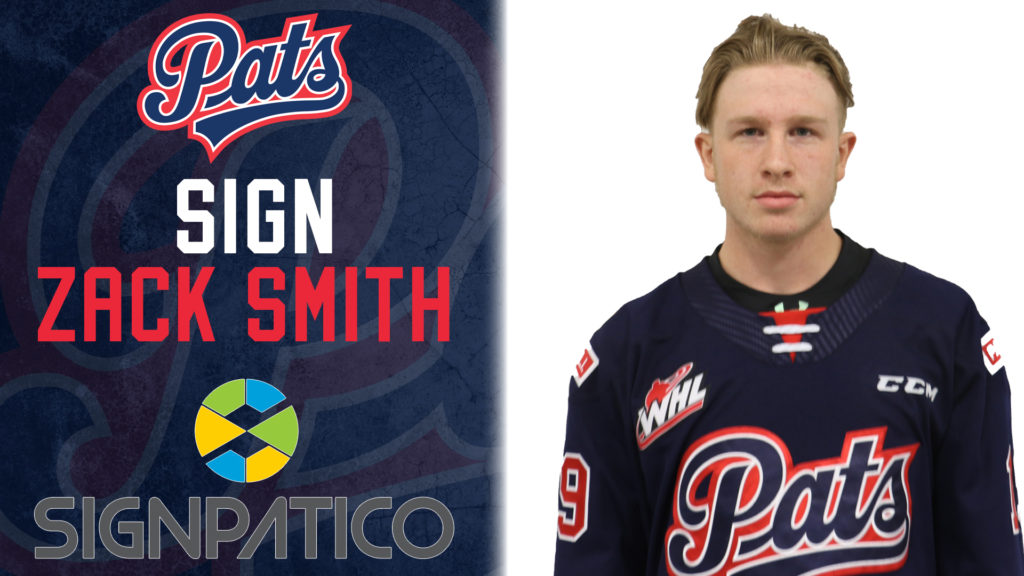 The Regina Pats Hockey Club is pleased to announce they have signed 18-year-old forward Zack Smith to a WHL Standard Player Agreement. By signing in the WHL, a player is guaranteed a WHL Scholarship at his institution of choice for every year he plays in the league.

“We are excited Zack has decided to choose Regina and the WHL,” said Pats VP of Hockey Operations and General Manager John Paddock. “He is a skilled player who will add to our group up front.”

Smith, from Saskatoon, SK was listed by the Pats and is the younger brother to Spokane Chiefs defenceman and New Jersey Devils first round pick Ty Smith. Zack played midget with the Tisdale Trojans of the SMHL, amassing six goals and 39 points in 63 games. Since then, he has played in 72 games in the SJHL with Melfort, scoring 15 goals and 35 points.