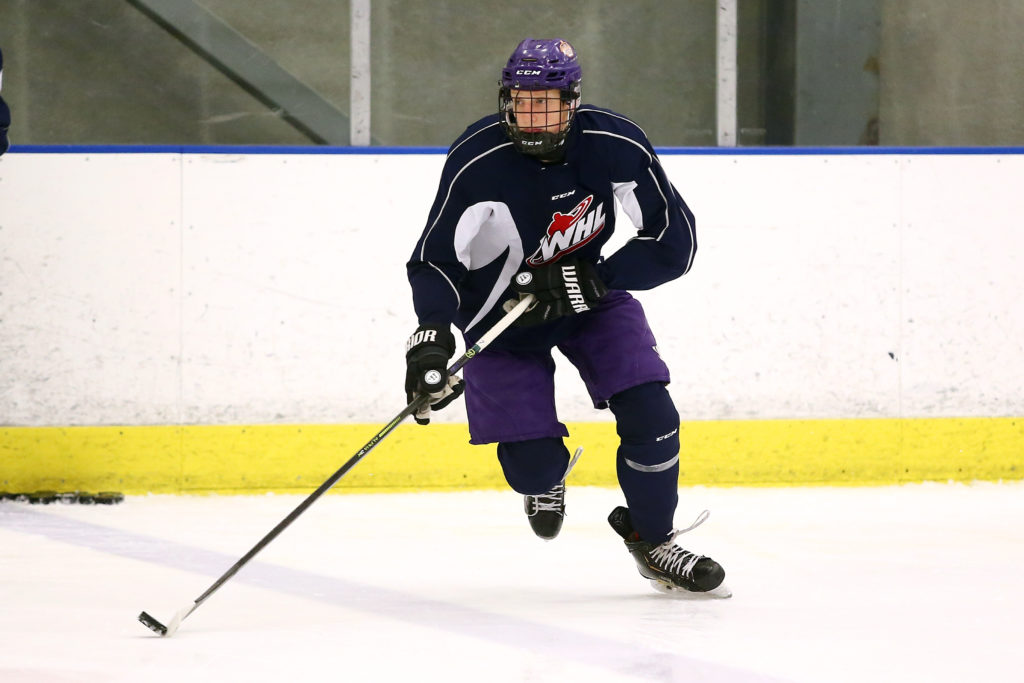 The Regina Pats Hockey Club is pleased to announce they have re-called 16-year-old forward Easton Armstrong from the Los Angeles Jr. Kings.

Armstrong, from Los Angeles, California was drafted by the Pats in the 10th round of the 2018 WHL Bantam Draft. With the L.A. Jr. Kings U16, he has put up 17 goals and 28 points in 20 games this season. He was signed by the club on January 15th.

“We are excited to bring Easton in for this weekend’s games,” said Pats VP of Hockey Operations and General Manager John Paddock. “He is having a great season in California and we look forward to seeing him get his first WHL action this weekend.”

Easton will practice with the Pats tomorrow and will be available to the media at 12:45 p.m. on Thursday outside the dressing room at the Brandt Centre.

The Pats will return to action on Friday against the Lethbridge Hurricanes. Tickets are available at reginapats.com, the Brandt Centre Box Office or at any Regina Safeway where Fun Zone vouchers are $13 plus tax.