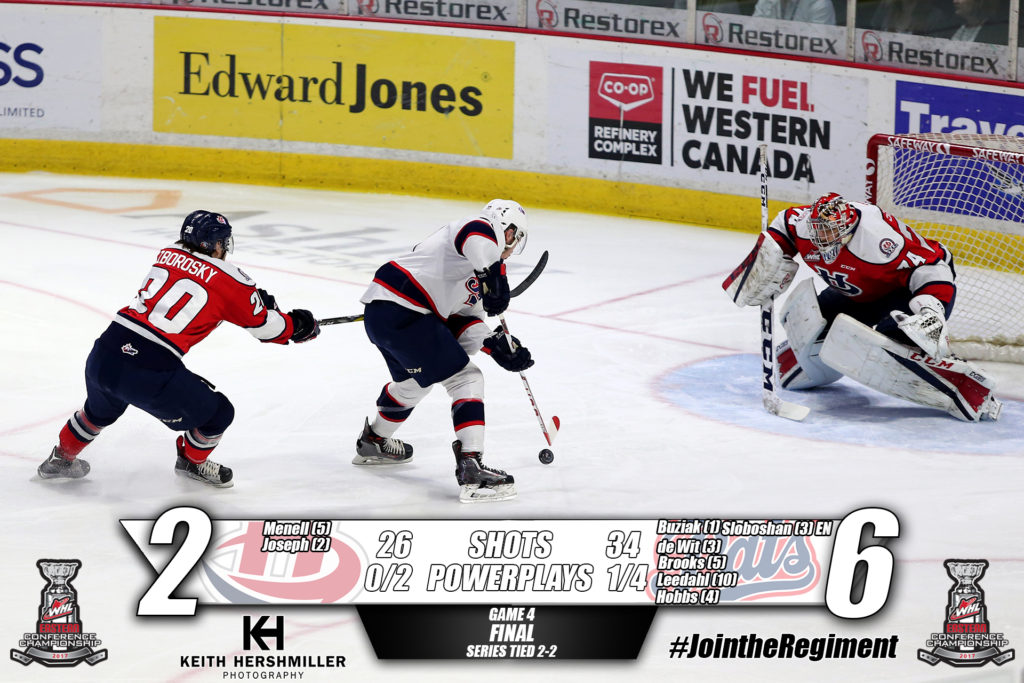 The Regina Pats evened the Eastern Conference championship Series at two games apiece on Wednesday with a 6-2 win over the Lethbridge Hurricanes. The Pats led 1-0 after one, 4-2 after two en-route to the 6-2 victory. Adam Brooks and Connor Hobbs each scored a goal and had two assists while Sam Steel and Wyatt Sloboshan had two point nights. Tyler Brown stopped 24 pucks directed his way, Stuart Skinner made 28 for the Hurricanes. Regina outshot Lethbridge 34-26, the powerplay was one for four and the penalty kill two for two. The Pats will host game five on Friday night at the Brandt Centre at 7 p.m.

Quick Hits
– Adam Brooks and Connor Hobbs each had three points in the win.
– The Pats scored their first powerplay goal of the series in game 4.
– Adam Brooks increased his game winning goal total in the playoffs to four.

What’s Next?
The Pats will host game five on Friday night at the Brandt Centre at 7 p.m on 620 CKRM, The WHL on Shaw and Access 7.