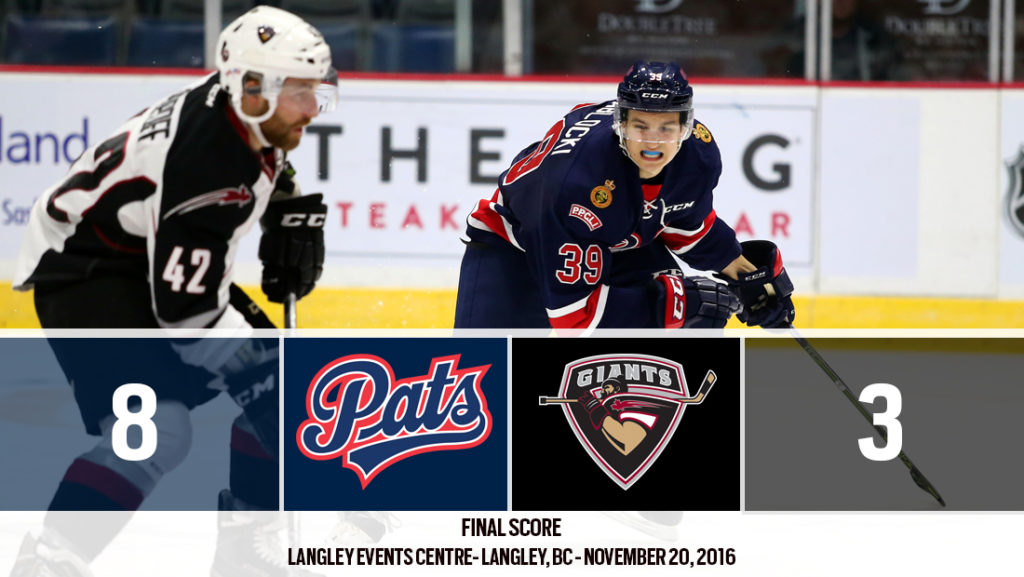 The Regina Pats scored four times in the first on the way to an 8-3 win over the Vancouver Giants on Sunday afternoon. Adam Brooks got the offence started with a goal and two assists in the opening frame and ended with a four point night. Brooks has points in every game since returning from training camp with the Toronto Maple Leafs (8G, 24A). Sam Steel also had three points while Connor Hobbs, Luc Smith and Filip Ahl each had a goal and an assist. Jordan Hollett made 21 saves to win in his hometown. The Pats are back in action Tuesday against the Prince George Cougars at 9 p.m. on 620 CKRM.

What’s Next?
The Pats will play the fourth of six games on their West coast swing on Tuesday in Prince George against the Cougars. Puck drop is at 9 p.m. Regina time on 620 CKRM.