RECAP: Pats down Broncos in shootout for second pre-season win 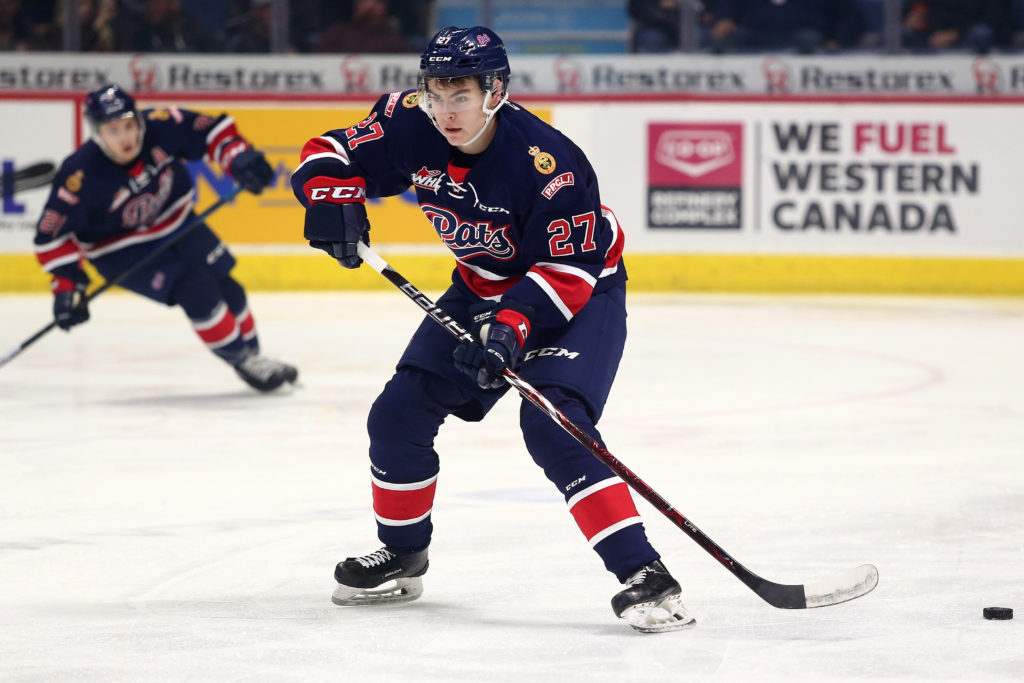 The Regina Pats got 25 saves from Max Paddock in a 3-2 shootout win in Swift Current over the Broncos on Thursday night.

After a scoreless first period, the Broncos took the 1-0 lead halfway through the second thanks to Connor Horning, his first of the pre-season. The Pats drew even six minutes later when Dawson Holt finished off a pretty passing play with Austin Pratt and Jake Johnson to make it 1-1. That was the score through 40 minutes of play. In the third, the Pats took their first lead at 9:11 when Logan Nijhoff set up Riley Krane all alone in front and he picked up his first. It stayed 2-1 until the Broncos tied it up with 2:15 left and that forced overtime. The extra period solved nothing, and the game went to a shootout. Ty Kolle scored the lone goal, Max Paddock went three for three in goal and the Pats took the victory 3-2.

The Pats outshot Swift Current 41-27, the powerplay was oh for six, the penalty kill three for three and Max Paddock made 25 saves in the win.

The Pats will continue the pre-season on Saturday at the Brandt Centre against the Medicine Hat Tigers at 7 p.m.

What’s Next?
The Pats will continue the pre-season on Saturday at the Brandt Centre against the Medicine Hat Tigers at 7 p.m. Tickets are $10 and available by walk up only.